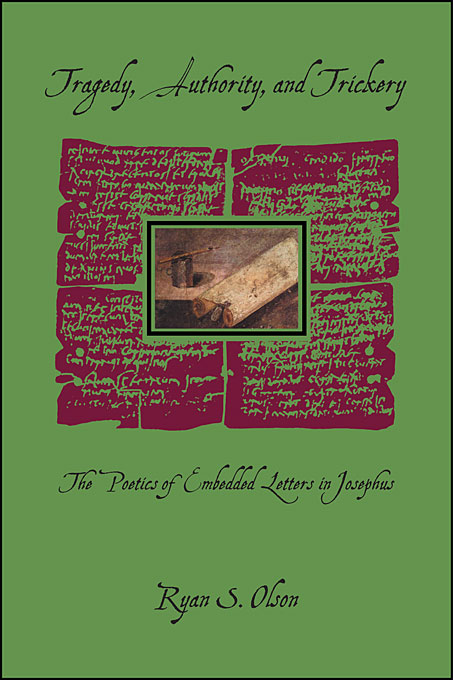 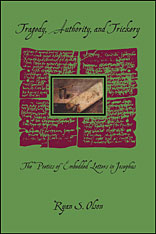 The Poetics of Embedded Letters in Josephus

To prove his sons’ treachery, Herod embellished a letter. To certify his history of Vespasian’s Judaean campaign, Josephus marshaled epistolary testimony. To alleviate a domestic problem, the Israelite king David sent a missive with a man it marks for death. Arguing for the importance of the first-century historian Josephus to the study of classical and Hellenistic literature, Tragedy, Authority, and Trickery investigates letters in Josephus’s texts.

Ryan S. Olson breaks new ground by analyzing classical, Hellenistic, and Jewish texts’ use of letters, comparing those texts to Josephus’s narratives, a virtual archive containing hundreds of letters. An external voice similar to speeches, embedded letters raise questions of authority, drive and color dramatic scenes, and function at textual and meta-textual levels to deceive their readers. Josephus, contextualized in a complex intellectual and cultural milieu, sustains and develops epistolarity in important ways that will be of interest to classicists, historians, theologians, and comparatists.