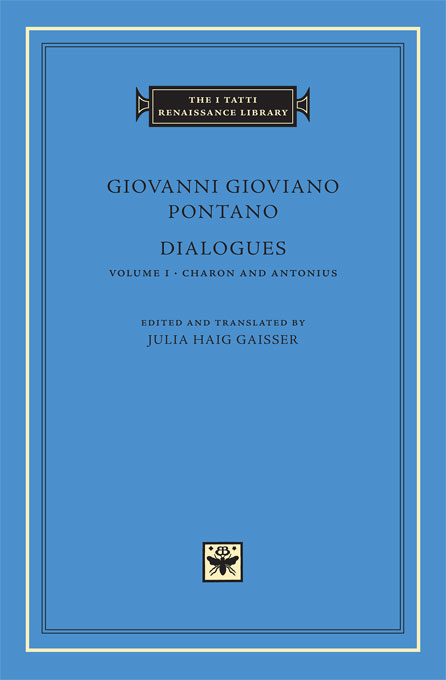 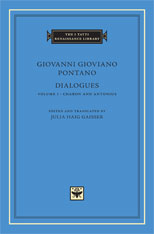 The I Tatti Renaissance Library 53

Villa I Tatti > The I Tatti Renaissance Library > Dialogues

Giovanni Pontano (1426–1503), whose academic name was Gioviano, was the most important Latin poet of the fifteenth century as well as a leading statesman who served as prime minister to the Aragonese kings of Naples. His Dialogues are our best source for the humanist academy of Naples which Pontano led for several decades. They provide a vivid picture of literary life in the capital of the Aragonese seaborne empire, based in southern Italy and the Western Mediterranean. This first volume contains the two earliest of Pontano’s five dialogues. Charon, set in the underworld of classical mythology, illustrates humanist attitudes to a wide range of topics, satirizing the follies and superstitions of humanity. Antonius, a Menippean satire named for the founder of the Neapolitan Academy, Antonio Beccadelli, is set in the Portico Antoniano in downtown Naples, where the academicians commemorate and emulate their recently-deceased leader, conversing on favorite topics and stopping from time to time to interrogate passersby.

This volume contains a freshly-edited Latin text of these dialogues and the first translation of them into English.