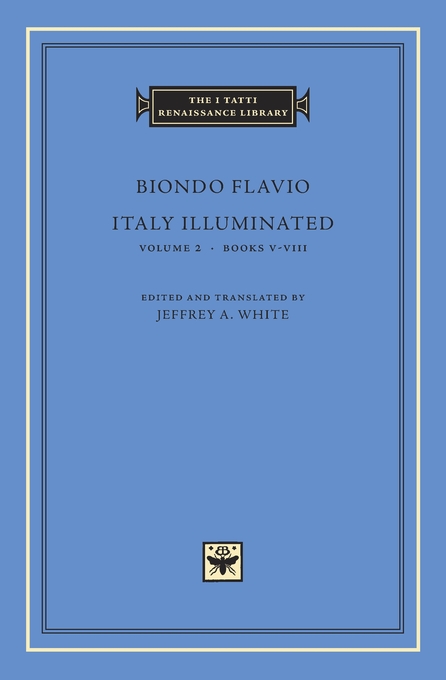 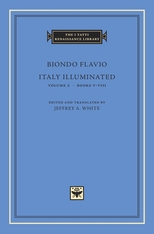 The I Tatti Renaissance Library 75

Edited and translated by Jeffrey A. White

Villa I Tatti > The I Tatti Renaissance Library > Italy Illuminated

Biondo Flavio (1392–1463), humanist and historian, was a pioneering figure in the Renaissance discovery of antiquity; famously, he was the author who popularized the term “Middle Age” to describe the period between the fall of the Roman Empire and the revival of antiquity in his own time. While serving a number of Renaissance popes, he inaugurated an extraordinary program of research into the history, cultural life, and physical remains of the ancient world.

Italy Illuminated (1453), of which this is the second and final volume, is a topographical work describing Italy region by region. Its aim is to explore the Roman roots of modern Italy. As such, it is the quintessential work of Renaissance antiquarianism.