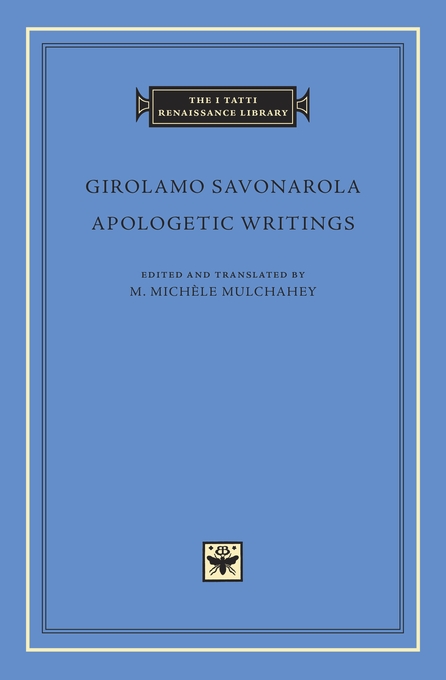 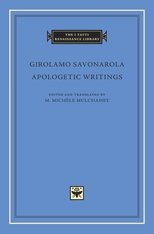 The I Tatti Renaissance Library 68

First brought to Florence by Lorenzo de’ Medici as a celebrity preacher, Girolamo Savonarola (1452–1498), a Dominican friar, would ultimately play a major role in the events that convulsed the city in the 1490s and led to the overthrow of the Medici themselves. After a period when he held close to absolute power in the great Renaissance republic, Savonarola was excommunicated by the Borgia pope, Alexander VI, in 1497 and, after a further year of struggle, was hanged and burned in Florence’s Piazza della Signoria in 1498.

The Latin writings brought together in this volume consist of various letters, a formal apologia, and his Dialogue on the Truth of Prophecy, all written in the last year of his life. They defend his prophetic mission and work of reform in Florence while providing a fascinating window onto the mind of a religious fanatic. All these works are here translated into English for the first time.