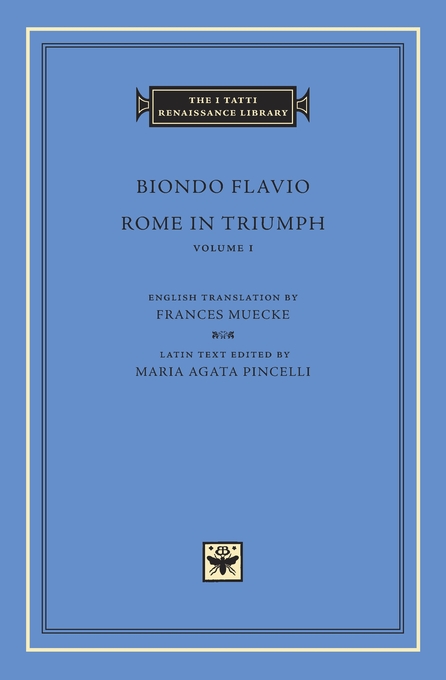 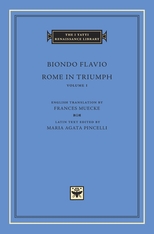 The I Tatti Renaissance Library 74

Biondo Flavio (1392–1463), humanist and historian, was a pioneering figure in the Renaissance discovery of antiquity; famously, he was the author who popularized the term “Middle Age” to describe the period between the fall of the Roman Empire and the revival of antiquity in his own time. While serving a number of Renaissance popes, he inaugurated an extraordinary program of research into the history, cultural life, and physical remains of the ancient world.

The capstone of this research program, Rome in Triumph (1459), has been said to bear comparison with the Encyclopédie of Diderot as the embodiment of the ideals of an age, seeking as it does to answer the overarching question of humanists from Petrarch to Machiavelli: what made Rome great? To answer the question Biondo undertakes a comprehensive reconstruction of Rome’s religion, government, military organization, customs and institutions over its thousand-year history. This volume contains the first edition of the Latin text since 1559 and the first translation into any modern language.