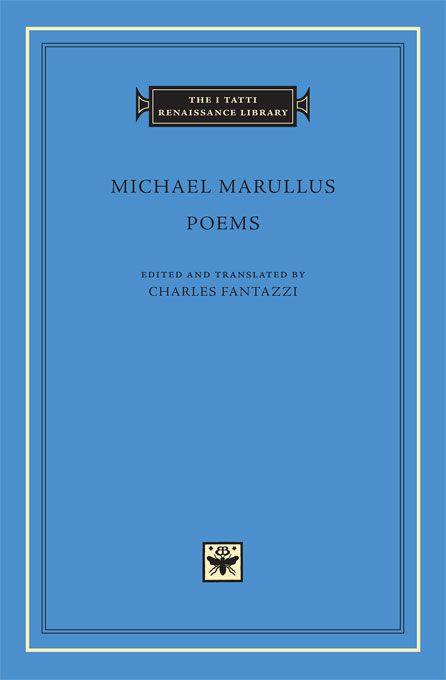 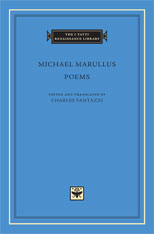 The I Tatti Renaissance Library 54

Michael Marullus (c. 1453/4–1500), born in Greece, began life as a mercenary soldier but became a prominent Neo-Latin poet and scholar who worked in Florence and Naples. He married the beautiful and learned Alessandra Scala, daughter of the humanist Bartolomeo Scala, chancellor of Florence, and his Epigrams bring alive the circle of Lorenzo di Pierfrancesco de’Medici. Among Marullus’s influences were ancient Greek texts such as the Homeric and Orphic hymns, the Corpus Hermeticum, the hymns of Proclus, Cleanthes, and Callimachus, and Julian the Apostate’s Hymn to the Sun. Marullus was particularly important, however, as one of the first Renaissance poets to imitate the works of Lucretius, and one witness reported that, after his death by drowning, a copy of the Roman poet’s works was found in his saddlebag. Later poets imitated him in vernacular love poetry, especially Ronsard; he even appears as a shadowy figure in the pages of George Eliot’s Romola, where he is depicted as a confirmed pagan.

This edition contains Marullus’s complete Latin poetry. All of these works appear in English translation for the first time.