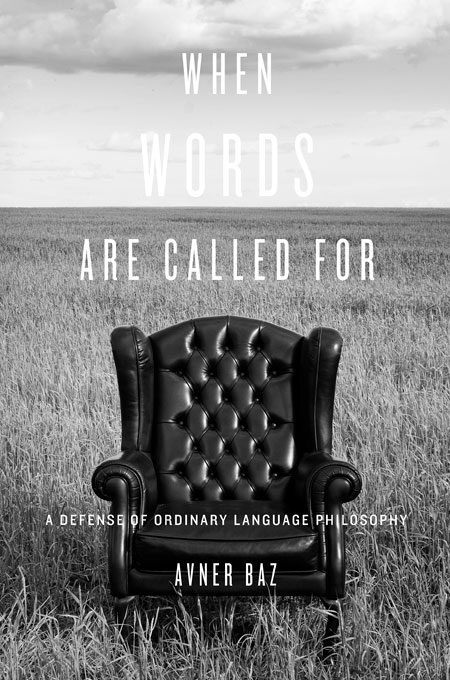 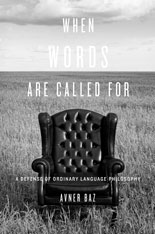 When Words Are Called For

A Defense of Ordinary Language Philosophy

A new form of philosophizing known as ordinary language philosophy took root in England after the Second World War, promising a fresh start and a way out of long-standing dead-end philosophical debates. Pioneered by Wittgenstein, Austin, and others, OLP is now widely rumored, within mainstream analytic philosophy, to have been seriously discredited, and consequently its perspective is ignored.

Avner Baz begs to differ. In When Words Are Called For, he shows how the prevailing arguments against OLP collapse under close scrutiny. All of them, he claims, presuppose one version or another of the very conception of word-meaning that OLP calls into question and takes to be responsible for many traditional philosophical difficulties. Worse, analytic philosophy itself has suffered as a result of its failure to take OLP’s perspective seriously. Baz blames a neglect of OLP’s insights for seemingly irresolvable disputes over the methodological relevance of “intuitions” in philosophy and for misunderstandings between contextualists and anti-contextualists (or “invariantists”) in epistemology. Baz goes on to explore the deep affinities between Kant’s work and OLP and suggests ways that OLP could be applied to other philosophically troublesome concepts.

When Words Are Called For defends OLP not as a doctrine but as a form of practice that might provide a viable alternative to work currently carried out within mainstream analytic philosophy. Accordingly, Baz does not merely argue for OLP but, all the more convincingly, practices it in this eye-opening book.