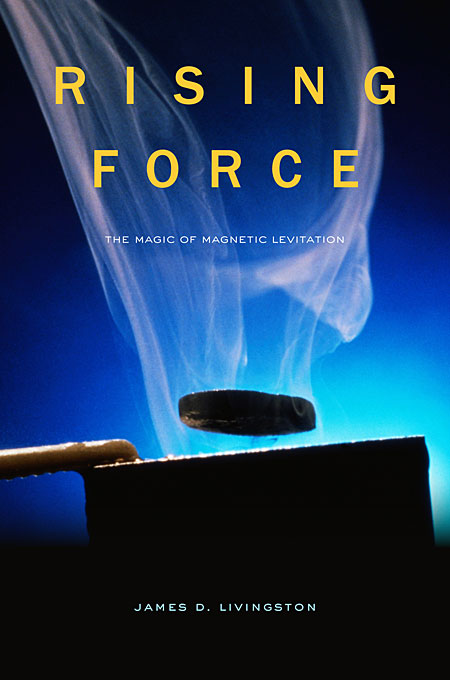 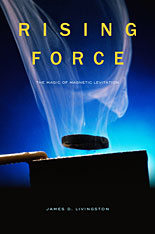 The Magic of Magnetic Levitation

From Peter Pan to Harry Potter, from David Copperfield to levitating toys, there is magic in conquering gravity. In this first-ever popular introduction to “maglev”—the use of magnetic forces to overcome gravity and friction—James D. Livingston takes lay readers on a journey of discovery, from basic concepts to today’s most thrilling applications.

The tour begins with examples of our historical fascination with levitation, both real and fake. At the next stop, Livingston introduces readers to the components of maglev: gravitational and magnetic forces in the universe, force fields, diamagnetism and stabilization, superdiamagnetism and supercurrents, maglev nanotechnology, and more. He explores the development of the superconductors that are making large-scale levitation devices possible, and the use of magnetic bearings in products ranging from implanted blood pumps to wind turbines, integrated circuit fabrication, and centrifuges to enrich uranium. In the last chapters, we arrive at the science behind maglev transportation systems, such as Chinese trains that travel 250 miles per hour without touching the tracks.

Packed with fascinating anecdotes about the colorful personalities who have “fought friction by fighting gravity,” the book maintains accuracy throughout while it entertains and informs technical and nontechnical readers alike. With so many new applications for magnetic levitation on the horizon, Rising Force is sure to retain its own magic for years to come.