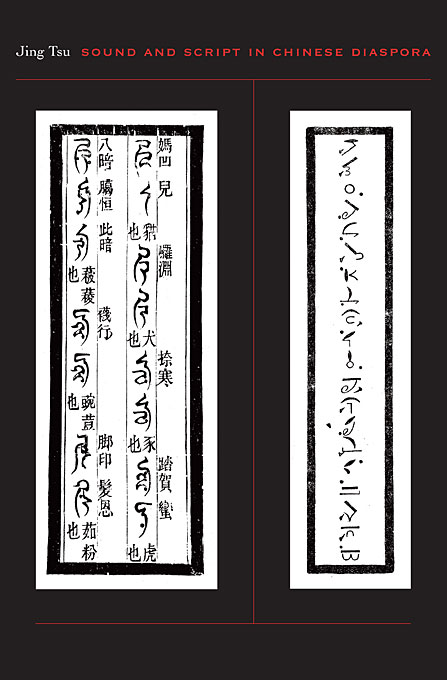 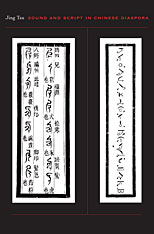 Sound and Script in Chinese Diaspora

“With admirable skill, Jing Tsu offers a riveting account of polylingualism that will set a new benchmark for erudition, analytical finesse, and historical vision in comparative literary studies. Her story of the Chinese language in modernity is as much about struggles over political and legal sovereignty as it is about literary governance, and as much about intralinguistic diversification as it is about interlinguistic competition. In a most important rhetorical move, Tsu demythifies the widespread presumptions about linguistic nativity as symptoms of an entrenched essentialism. This is a truly groundbreaking book.”—Rey Chow, Duke University

“In addition to being well-sourced and well-historicized, this book is conceptually innovative and thoughtful. It is unique in its attempt to introduce issues of the written representation of Chinese languages to the fields of literature. In terms of its common ground with Sinophone studies, the book is unusual in that it links issues among China-centered writers and scholars to those who want to break from Sinocentric positions. Finally, in terms of scope, ranging from the late Qing dynasty to the present in North America, Taiwan, and Malaysia, it goes beyond almost any other single-authored book.”—Edward M. Gunn, Jr., Cornell University

“In her new monograph, Jing Tsu continues her exploration of the links between literature and national identity which she began in her first book, Failure, Nationalism, and Literature. Raising questions about the organization of the global literary field, she proposes the new concept of literary governance to describe the established system of categorizing national literatures on the basis of seemingly obvious, but in fact barely definable, notions of native cultural and linguistic sensibility. Both in terms of its analytical framework and its subject matter, Sound and Script in Chinese Diaspora constitutes a massive contribution to the study of Sinophone literature.”—Michel Hockx, University of London

“Sound and Script in Chinese Diaspora unveils a broad and many-splendored landscape of the modern Chinese language in theory and practice in all its dynamic manifestations. It both delineates and deconstructs the myth of a monolingual national language called Chinese… There is no sounder and more all-rounded study of the cultural richness and diversity of Chinese diaspora, which has reached, as this book has shown, nearly global proportions.”—Leo Ou-fan Lee, author of Shanghai Modern and City Between Worlds

“Echoing the classic Sound and Symbol in Chinese (1923) by the great Swedish Sinologist, Bernhard Karlgren, but going far beyond it in her inquisitiveness and in bringing the story of Sinitic languages and writing up to the present moment, Jing Tsu has produced a thoroughly stimulating and captivating work of linguistic and literary scholarship. Deftly navigating through such heretofore uncharted waters, Tsu guides us to a clear comprehension of extraordinarily complex issues of language, identity, and culture. Informed throughout by an acute understanding of the true nature of Sinitic languages as being governed by both phonetics and semantics and as being expressed both through speech and writing, Sound and Script in Chinese Diaspora takes the exciting new field of Sinophone Studies to it highest level yet.”—Victor Mair, University of Pennsylvania

“Jing Tsu’s dazzling purview of the place of Chinese as global language and literature is as timely as it is profound. The field is well served by a new-generation author who can so expertly balance not only the PRC–Taiwan binary but the broader voices of bilingual and diaspora writers.”—Anthony Reid, Australian National University

“Jing Tsu opens up the field of modern Chinese literary studies by leaving its national moorings behind. She tells exquisite stories and offers illuminating analyses of the many ways the national language of China was open to global access in France, the U.S., Taiwan, and Malaysia. The diversity of sound and script she uncovers in the language leads to a much needed redrawing of the boundaries of modern Chinese literature and an important contribution to Sinophone studies.”—Shu-mei Shih, author of Visuality and Identity: Sinophone Articulations across the Pacific

“Sound and Script in Chinese Diaspora is a fascinating inquiry into the institutionalization and dissemination of modern Chinese language from the late nineteenth century to the present day. Scholars and students in Chinese and comparative literary studies, language studies, cultural studies, and diasporic studies will find this manuscript immensely stimulating, as will general readers who are curious about the history of Chinese language in modern China. This is a brilliant work.”—David Der-wei Wang, Harvard University

“This bold and intriguing study probes the consequences of the century-old struggle to make China’s ancient language modern and relocate a Sinophone world. The book takes us beyond the efforts by cultural and political reformers within China to harmonize its unique script to the multiplicity of sound. Tsu poses tantalizing questions for future Sinophone studies.”—Wang Gungwu, National University of Singapore