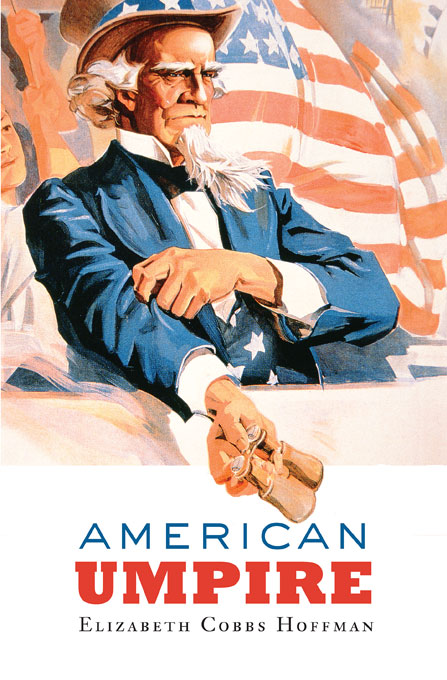 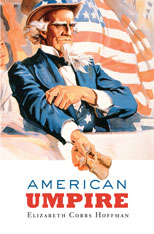 View the trailer for a 2016 PBS documentary based on American Umpire—and check to see when it airs in your region:

Commentators frequently call the United States an empire: occasionally a benign empire, sometimes an empire in denial, and often a destructive empire. Elizabeth Cobbs Hoffman asserts instead that, because of its unusual federal structure, America has performed the role of umpire since 1776, compelling adherence to rules that gradually earned collective approval.

This provocative reinterpretation traces America’s role in the world from the days of George Washington, Abraham Lincoln, and Franklin D. Roosevelt to the present. Cobbs Hoffman argues that the United States has been the pivot of a transformation that began outside its borders and before its founding, in which nation-states replaced the empires that had dominated history. The “Western” values that America is often accused of imposing were, in fact, the result of this global shift. American Umpire explores the rise of three values—access to opportunity, arbitration of disputes, and transparency in government and business—and finds that the United States is distinctive not in its embrace of these practices but in its willingness to persuade and even coerce others to comply. But America’s leadership is problematic as well as potent. The nation has both upheld and violated the rules. Taking sides in explosive disputes imposes significant financial and psychic costs. By definition, umpires cannot win.

American Umpire offers a powerful new framework for reassessing the country’s role over the past 250 years. Amid urgent questions about future choices, this book asks who, if not the United States, might enforce these new rules of world order?