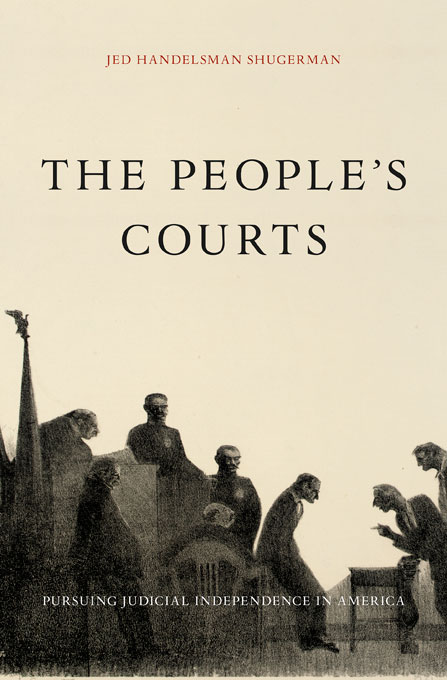 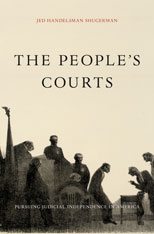 In the United States, almost 90 percent of state judges have to run in popular elections to remain on the bench. In the past decade, this peculiarly American institution has produced vicious multi-million-dollar political election campaigns and high-profile allegations of judicial bias and misconduct. The People’s Courts traces the history of judicial elections and Americans’ quest for an independent judiciary—one that would ensure fairness for all before the law—from the colonial era to the present.

In the aftermath of economic disaster, nineteenth-century reformers embraced popular elections as a way to make politically appointed judges less susceptible to partisan patronage and more independent of the legislative and executive branches of government. This effort to reinforce the separation of powers and limit government succeeded in many ways, but it created new threats to judicial independence and provoked further calls for reform. Merit selection emerged as the most promising means of reducing partisan and financial influence from judicial selection. It too, however, proved vulnerable to pressure from party politics and special interest groups. Yet, as Jed Shugerman concludes, it still has more potential for protecting judicial independence than either political appointment or popular election.

The People’s Courts shows how Americans have been deeply committed to judicial independence, but that commitment has also been manipulated by special interests. By understanding our history of judicial selection, we can better protect and preserve the independence of judges from political and partisan influence.