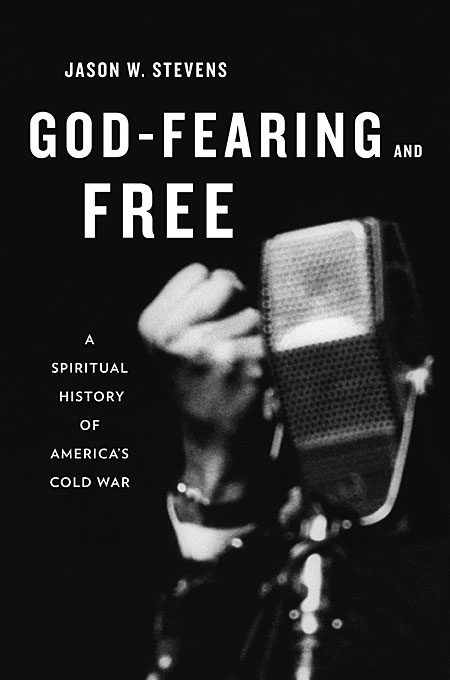 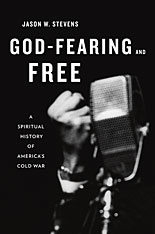 “[Stevens] has written a brilliant and original work of scholarship. God-Fearing and Free falls within the grand tradition of American studies. It is a robustly ambitious effort to explain American culture or the American character, as Stevens puts it… By stepping to the side of political economy, of right and left classically construed, Stevens has found a new angle of historical vision. His alertness to religious symbols and to the Christian resonance of modern American prose—one is tempted to say of modern American life—lends his book an uncommon profundity. Stevens never treats religion as a dry analogue to secularism. Instead, he illustrates an unending, enlivening dialogue between the secular and the religious in American culture, by looking deeply into important American texts… God-Fearing and Free is an important book that sheds new and unexpected light on the familiar postwar landscape.”—Michael Kimmage, The New Republic online

“The real strength of Stevens’s study lies in his careful tracing of the themes of Protestant theological countermodernism (original sin, guilt, expiation) in Cold War film and literature… In charting the problematic afterlife of Niebuhr’s thought, Stevens has written a study that the theologian couldn’t help but admire.”—Anthony Domestico, Commonweal

“Students of literature and film, along with those interested in cultural studies and American religious history, will find this an important account of popular appropriation of religious themes.”—A.W. Klink, Choice

“Thorough and convincing in its scholarship, lucid and urgent in its prose, Jason Stevens’s book shows us just how important were the popular elements of fundamentalist Christianity during the Cold War and sets aside as relatively unimportant the re-alluring intellectual tragic ironist, Reinhold Niebuhr, in his account of how the US lived and fought the Cold War. Stevens has written the definitive study of American religious politics and popular culture in the hey-day of the Cold War.”—Paul A. Bové, University of Pittsburgh

“Jason Stevens makes an impassioned and provocative argument about the main currents of American culture. This book is not only a brilliant act of interpretation; it is written with style and vigor and with admirable intellectual ambition. Stevens’s deep knowledge of Christian texts [is] exemplary. Instead of reworking outworn debates about Left and Right, or falling into schematic explanations of cultural change, he organizes his book around the motif of innocence—innocence aspired to, innocence lost, innocence imagined. This creative approach opens up previously unexplored vistas and allows him to move among texts normally isolated from one another. Stevens travels from the 1930s to the 1960s in a manner that is entirely his own. His book is undoubtedly an original contribution to cultural history and to literary studies.”—Michael Kimmage, The Catholic University of America

“Jason Stevens has written one of the most important cultural and intellectual histories of the American South in years. Following in the tradition of Perry Miller and Ann Douglas, God-Fearing and Free is a ground-breaking book; with rich insights on ever page, it is indispensable for anyone interested in the deep currents of American culture.”—John Stauffer, Harvard University