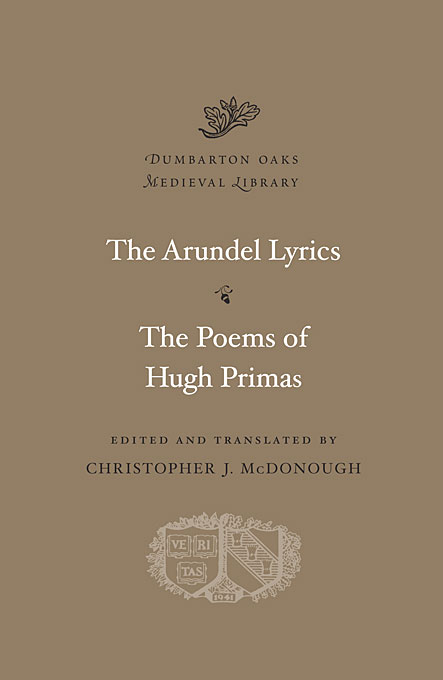 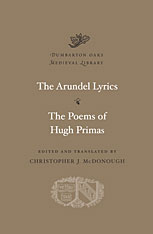 The Arundel Lyrics. The Poems of Hugh Primas

This volume presents two complementary medieval anthologies containing lyrics by two outstanding Latin poets of the second half of the twelfth century. The poet Peter of Blois was proclaimed by a contemporary of his to be a master composer of rhythmic verse. Peter’s secular love-lyrics gathered in the Arundel manuscript give substance to that claim. Written with a technical virtuosity that rivals the metrical display of Horatian lyric, the poems give eloquent and learned expression to the cult of secular love that emerged in the twelfth century.

The collection is further augmented by verse as varied as Christmas poems and satires on the venality of the Roman Curia and immoral bishops, including a famous lament about church corruption by Walther of Châtillon.

The cleric Hugh Primas won recognition and fame for compositions in which he reflects upon his experiences, good and bad, while traveling around the cities of northern France (such as the important sees of Rheims and Sens) in search of patronage. Artistic in conception and execution, the poems are memorable for the witty and often acerbic tone with which Primas engages the holders of ecclesiastical power.