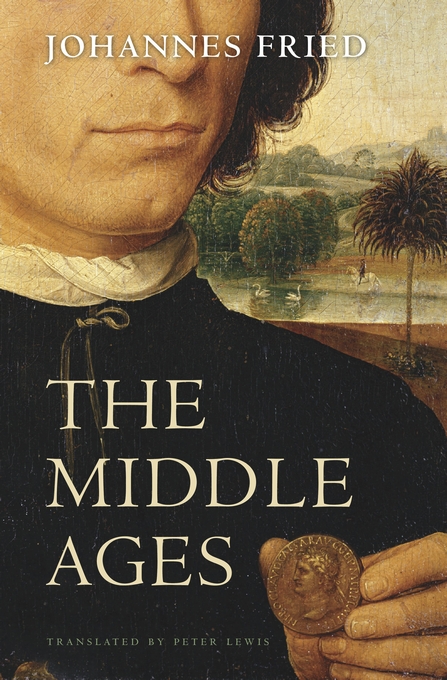 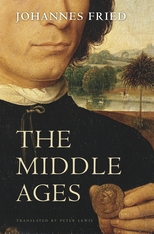 “[An] extraordinary history… ‘Monumental’ is an overused word for historical works, but it may be applicable here. The book has the ambition, scope and, above all, plausibility. There is an enormous amount of ground covered in nearly 600 pages, and with an impressive narrative fluency.”—Nicholas Lezard, The Guardian

“Reads like a counterblast to the hot air of the liberal-humanist interpreters of European history… [Readers] will be impressed by the main body of the work, which covers a thousand years of mostly Western and Central European history with magnificent confidence. [Fried] does justice both to the centrifugal fragmentation of the European region into monarchies, cities, republics, heresies, trade and craft associations, vernacular literatures, and to the persistence of unifying and homogenizing forces: the papacy, the Western Empire, the schools, the friars, the civil lawyers, the bankers, the Crusades… Comprehensive coverage of the whole medieval continent in flux.”—Eric Christiansen, The New York Review of Books

“Fried’s breadth of knowledge is formidable and his passion for the period admirable… Those with a true passion for the Middle Ages will be thrilled by this ambitious defensio.”—Dan Jones, The Sunday Times

“[Fried] gets down to the business of writing excellent history in this absorbing book… Fried covers much in the realm of ideas on monarchy, jurisprudence, arts, chivalry and courtly love, millenarianism and papal power, all of it a rewarding read… The medieval period was, he argues passionately and convincingly, ‘more mature and more wise, more inquisitive, inventive and with a finer feel for art,’ and its people ‘more revolutionary in their deployment of reason and their thinking’ than we give them credit for.”—Sean McGlynn, The Spectator

“This Johannes Fried project is certainly ambitious—condensing 1,000 years of history into a coherent volume is not an easy task. But Fried manages it with aplomb… Encompassing religion, politics, art, literature, social structures and much more besides, the breadth of the book would make it a useful reference for students and amateur scholars.”—Prudence Ivey, Northern Echo

“A paean to the modernity of the Middle Ages. Fried is one of the lions of German medieval scholarship of the past generation. His Middle Ages ripple with cultural energy and power. They father the culture of European reason—only to be vilified by Kant and the sons of the Enlightenment.”—Conrad Leyser, Standpoint

“In his masterful book titled simply The Middle Ages, Fried begins with Boethius and wends his way to Machiavelli…telling a tale of political thought and philosophical exploration and most importantly of complexity at every step, a journey through Western Europe’s middle millennium that encourages the reader to think of the period as a truly fruitful period of intellectual, political, and social transformation… Fried shines as an intellectual historian.”—Nathan P. Gimour, Christian Humanist

“Johannes Fried’s The Middle Ages is an absolute must read for anybody with an interest in the Middle Ages.”—Ignas, Kalpokas, LSE Review of Books

“[Fried’s] erudite study traces our evolution towards reason, worldwide exploration, and rational procedures to a dynamic medieval period. This is the springboard to the modern era, as innovation won out against stagnation.”—John L. Murphy, PopMatters

“This beautifully written and well-translated overview of the period between 500 and 1500 C.E. examines concepts and perceptions rather than kings and battles. Fried, professor of medieval history at the University of Frankfurt, begins with Boethius, whose work bridged classical and late antiquity. The development of new attitudes toward liberty and the beginnings of the division between church and state are described with a lucidity that is rare in historical overviews. Fried considers Jews, Muslims, and women as integral parts of society. He also addresses the development of natural science in the 13th century, noting that its monastic adherents had no problem with trying to discover how God’s creation worked. The politics of absolutism are presented in the context of the nature of governance and the rise of the power of commerce. As Fried reaches the plague years of the 14th and 15th centuries and the Renaissance, he analyzes the ‘eruption of the supernatural into the real world’ through new modes in art and the rise of witch hunts. Fried’s conclusion that the ‘Middle Ages…crossed seamlessly over into a similarly constituted Early Modern period’ is aimed at dispelling the myth of a ‘dark’ age between antiquity and modernity.”—Publishers Weekly

“Thanks to what German medieval scholar Fried calls the cultural prejudices of such Enlightenment thinkers as Immanuel Kant, the Middle Ages got a bad rap as a ‘childish and grotesque’ era when, in reality, it was a period of enormous learning, democratization and secularization… Overall, the Middle Ages brought freedom, Fried argues in this passionate but intensely scholarly book (translated from the German), and the desire to know the wider world.”—Kirkus Reviews

“Written by one of the most original historians of his generation, this survey of western European medieval history covers the decline of Rome to the eve of the Reformation with verve and intelligence. Fried argues that modernity and the Enlightenment, despite having forgotten their debts to the Middle Ages, actually owe to the period their most valued characteristics: rationality, method, empiricism, doubt, modern science, global interests, citizenship, and last but not least, freedom.”—Philippe Buc, University of Vienna