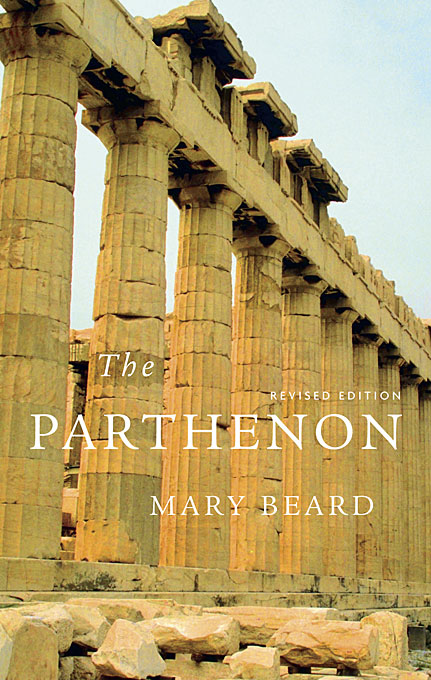 “Wry and imaginative, this gem of a book deconstructs the most famous building in Western history. Beard, probably Britain’s best-known classicist, elucidates…the history of the ancient building, the functions—church, mosque, barracks, ammunition dump—it has served since antiquity, and the place it has held in the European imagination in the modern era. With éclat she dashes most of what we think we know about the ancient Greeks’ building: the iconic image of the Parthenon held today is the product of a terribly inaccurate reconstruction in the 1920s, a reconstruction now being painstakingly undone… Beard reveals just how alien…the classical Greeks are to us, and just how little we know about them.”—Benjamin Schwarz, The Atlantic

“With painstaking attention to detail and a fair-minded view of centuries-old controversies, Mary Beard delivers a brief, but thorough, and surprisingly readable history of what is arguably the world’s most famous building… Beard pieces together what we do know, beginning with the earliest surviving account… [She] does a fine job of storytelling…describing changes on the site from a modern tourist’s perspective.”—Stephen H. Morgan, The Boston Globe

“In her brief but compendious volume [Beard] says that the more we find out about this mysterious structure, the less we know. Her book is especially valuable because it is up to date on the restoration the Parthenon has been undergoing since 1986.”—Gary Wills, The New York Review of Books

“The Parthenon is an excellent and concise guide to one of the most famous structures in the world. Mary Beard takes readers on a journey, at once historical, anthropological, and archaeological, that is both thorough and good-naturedly humorous… This book will appeal to a wide range of readers looking to learn more about the Parthenon and Greek history. And, it can be used as a guide for those visiting the Parthenon or as an armchair trip for those who can’t get to Greece.”—Rachel Wallace, Sacramento Book Review