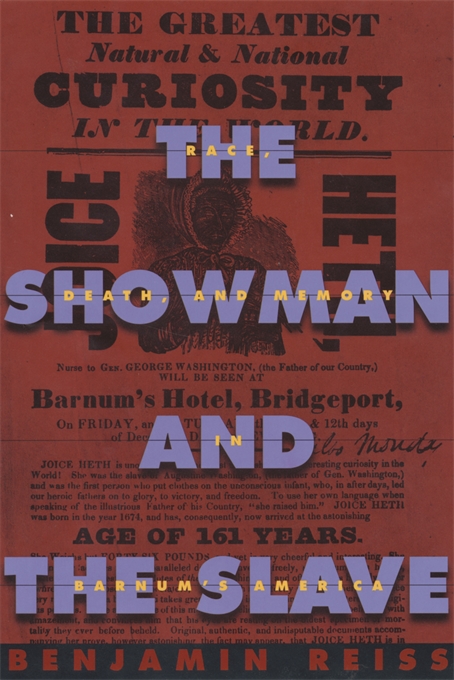 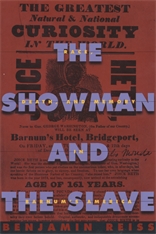 The Showman and the Slave

In this compelling story about one of the nineteenth century’s most famous Americans, Benjamin Reiss uses P. T. Barnum’s Joice Heth hoax to examine the contours of race relations in the antebellum North. Barnum’s first exhibit as a showman, Heth was an elderly enslaved woman who was said to be the 161-year-old former nurse of the infant George Washington. Seizing upon the novelty, the newly emerging commercial press turned her act—and especially her death—into one of the first media spectacles in American history.

In piecing together the fragmentary and conflicting evidence of the event, Reiss paints a picture of people looking at history, at the human body, at social class, at slavery, at performance, at death, and always—if obliquely—at themselves. At the same time, he reveals how deeply an obsession with race penetrated different facets of American life, from public memory to private fantasy. Concluding the book is a piece of historical detective work in which Reiss attempts to solve the puzzle of Heth’s real identity before she met Barnum. His search yields a tantalizing connection between early mass culture and a slave’s subtle mockery of her master.