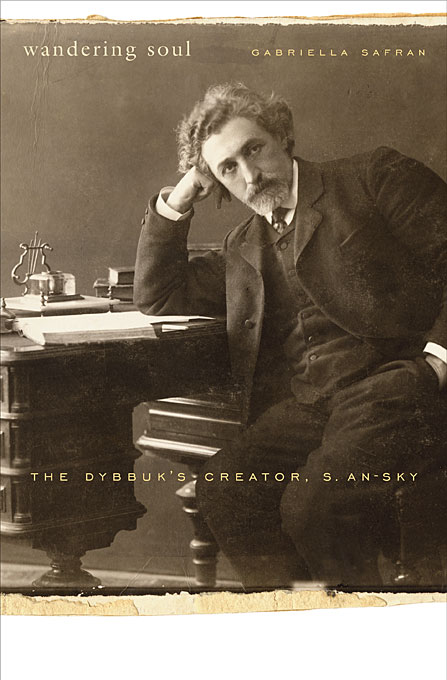 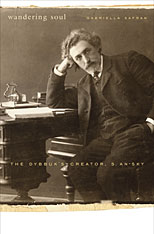 “[A] fascinating biography… [Safran’s] book is designed to illuminate the larger life of a heroic Jew, whose restless and complicated journey has been eclipsed by a single, darkly brilliant play. Recent years have seen renewed interest in An-sky… This new book, deeply researched and authoritative, represents a high point in the An-sky revival. Safran’s scholarly tour de force is a tonic for our own anxious age, a midrash on creative Jewish ambivalence.”—Stuart Schoffman, Haaretz

“Gabriella Safran’s Wandering Soul, the first full-length English biography of An-sky, is an exhaustively researched and fascinating book that will challenge readers’ preconceptions of what it once meant to be Jewish in Europe… [Safran is] an enchanting storyteller and painstakingly objective historian… [A] magisterial biography.”—Dara Horn, Commentary

“A marvelously detailed biography… Watching An-sky in context, we can start to understand what he was and what he meant.”—Alice Nakhimovsky, Jewish Review of Books

“Today, when ‘liminality’ is a buzzword in literary studies, a figure like An-sky seems to hold a profound truth about the modern condition… He would also be gratified to know that, even after a century, he was still able to inspire such a rich and lucid biography.”—Adam Kirsch, Tablet Magazine

“In Wandering Soul, Gabriella Safran has written an erudite biography of the Yiddish radical, Russian revolutionary, writer, ethnographer, and playwright S. Ansky… He was a radical revolutionary who held on to the past, a modernist who longed for anonymity while assuming multiple identities; a romantic who dreamed of love and marriage while criticizing these institutions as bourgeois and decadent; a lover of men who could find no acceptable place within himself or in the world to express this love. Gabriella Safran has written an important book about the life of a courageous spirit.”—Irene Javors, Gay and Lesbian Review Worldwide

“Author of the most famous Yiddish play, The Dybbuk, the radical activist Semyon Akimovich An-sky (1863–1920) was born Shloyme-Zanvl Rapoport into a poor Yiddish-speaking family in a Russian shtetl. But he mastered Russian as an adolescent and journeyed through Eastern and Western Europe during his successful, multifaceted career as a journalist, playwright, poet, fiction writer, ethnographer, and public speaker. Fluid in his identities and loyalties, An-sky never fit neatly into his society’s categories, constantly reinventing himself as he shifted between his Russian and Jewish, traditional and radical, selves. His lifelong dedication to the Russian peasants often blinded him to their anti-Semitism, and his WWI diary reveals his sympathy for both the Russian soldiers he met as an aid worker and the Galician Jews they brutalized. His marriage to a much younger woman collapsed after she (fed up with a husband ‘who had more time for his cultural mission than for his wife’) became pregnant by a lover. Although scholarly, this biography by Safran is lucid, accessible, authoritative, and nuanced and does justice to the restless, passionate artist and revolutionary.”—Publishers Weekly