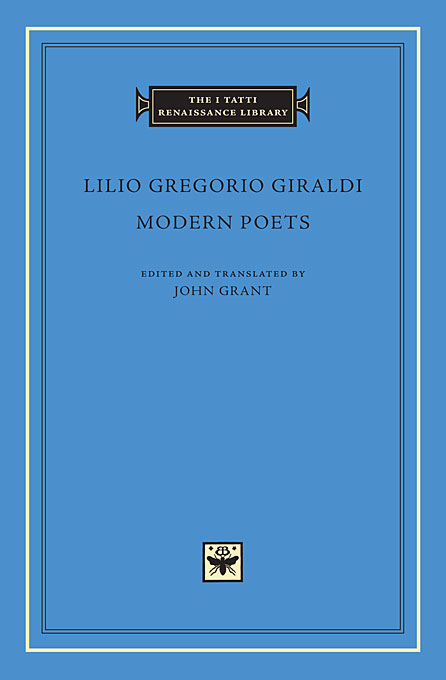 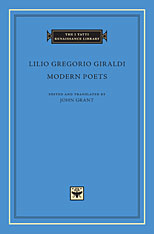 The I Tatti Renaissance Library 48

Born in Ferrara, Lilio Gregorio Giraldi (1479–1552) received an excellent classical education at the world-famous humanist schools of his native city. On his various travels in search of a patron, he visited Naples, frequenting the Academy there; Mirandola, where he entered the service of Gianfrancesco Pico; Milan, where he studied Greek under Demetrius Chalcondyles; and Rome, where he enjoyed the munificence of Pope Leo X. Following the sack of Rome in 1527, Giraldi eventually made his way back to Ferrara, where he spent the last years of his life.

Giraldi was the author of many works on literary history, mythology, and antiquities. Among the most famous are his dialogues, translated here into English for the first time. Modeled on Cicero’s Brutus, the work discusses hundreds of contemporary neo-Latin and vernacular poets, giving a panoramic view of European poetry in the late fifteenth and early sixteenth century from Great Britain to Greece, but concentrating above all on Italy.