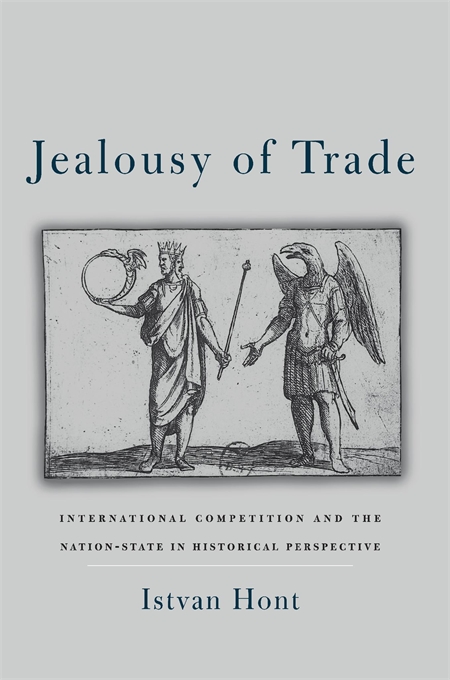 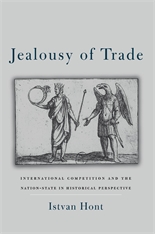 International Competition and the Nation-State in Historical Perspective

This collection explores eighteenth-century theories of international market competition that continue to be relevant for the twenty-first century. “Jealousy of trade” refers to a particular conjunction between politics and the economy that emerged when success in international trade became a matter of the military and political survival of nations. Today, it would be called “economic nationalism,” and in this book Istvan Hont connects the commercial politics of nationalism and globalization in the eighteenth century to theories of commercial society and Enlightenment ideas of the economic limits of politics.

The book begins with an analysis of how the notion of “commerce” was added to Hobbes’s “state of nature” by Samuel Pufendorf. Hont then considers British neo-Machiavellian political economy after the Glorious Revolution. From there he moves to a novel interpretation of the political economy of the Scottish Enlightenment, particularly of David Hume and Adam Smith, concluding with a conceptual history of nation-state and nationalism in the French Revolution.

Jealousy of Trade combines political theory with intellectual history, illuminating the past but also considering the challenges of today.