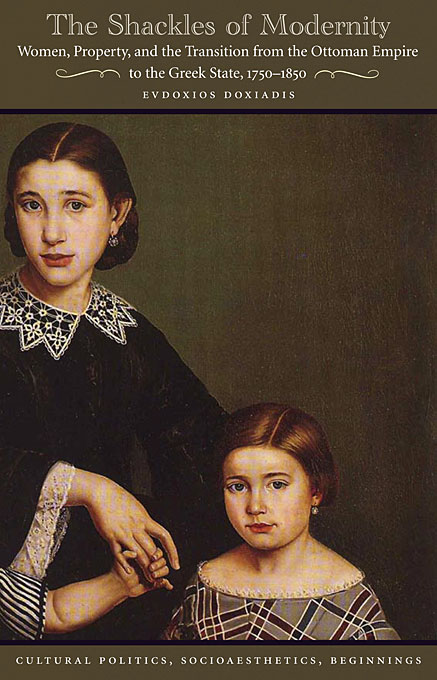 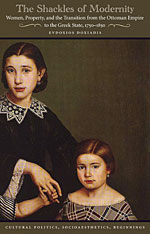 The Shackles of Modernity

Women, Property, and the Transition from the Ottoman Empire to the Greek State, 1750–1850

This book explores the relationship between women and property in the Greek lands and their broader social position in the century that culminated with the establishment of the national Greek state (1750–1850). Evdoxios Doxiadis focuses on the status and rights of Greek women in the later Ottoman period, the decade-long Greek War of Independence, and the first decades of the Greek state, seeking to reveal the impact that the pursuit of modernization by the early Greek governments had on women. Through the systematic examination of numerous legal documents in notarial archives from four distinct regions (Naxos, Mykonos, Athens, and Leonidio), the position of women in Greek societies of the period is illuminated in all its complexity and regional diversity. Special emphasis is placed on women’s ability in some areas to defend their property rights and be active economic agents.

Although the Greek revolutionaries and the Greek state did not curtail the rights of women with respect to property, the very institutions that were fundamental in the creation of the Greek state transformed the established relationship between women and property. Doxiadis shows that modernization proved to be an oppressive force for Greek women—though in a much more clandestine fashion than perhaps expected in other European states.