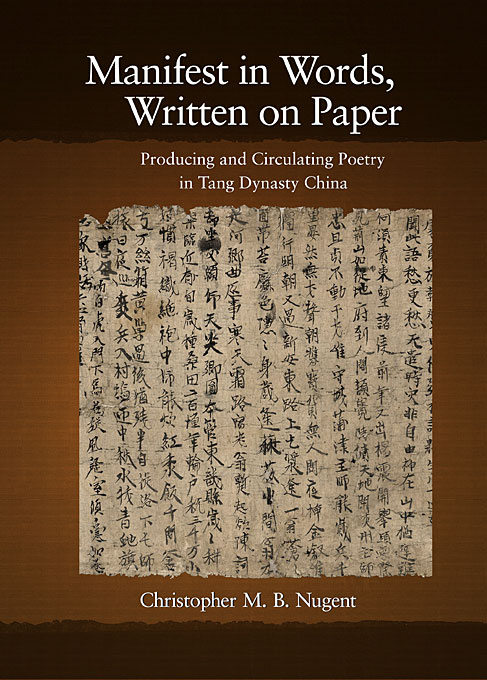 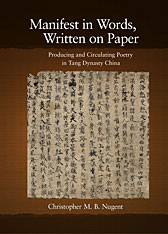 Manifest in Words, Written on Paper

This study aims to engage the textual realities of medieval literature by shedding light on the material lives of poems during the Tang, from their initial oral or written instantiation through their often lengthy and twisted paths of circulation. Tang poems exist today in stable written forms assumed to reflect their creators’ original intent. Yet Tang poetic culture was based on hand-copied manuscripts and oral performance. We have almost no access to this poetry as it was experienced by contemporaries. This is no trivial matter, the author argues. If we do not understand how Tang people composed, experienced, and transmitted this poetry, we miss something fundamental about the roles of memory and copying in the circulation of poetry as well as readers’ dynamic participation in the creation of texts.

We learn something different about poems when we examine them, not as literary works transcending any particular physical form, but as objects with distinct physical attributes, visual and sonic. The attitudes of the Tang audience toward the stability of texts matter as well. Understanding Tang poetry requires acknowledging that Tang literary culture accepted the conscious revision of these works by authors, readers, and transmitters.