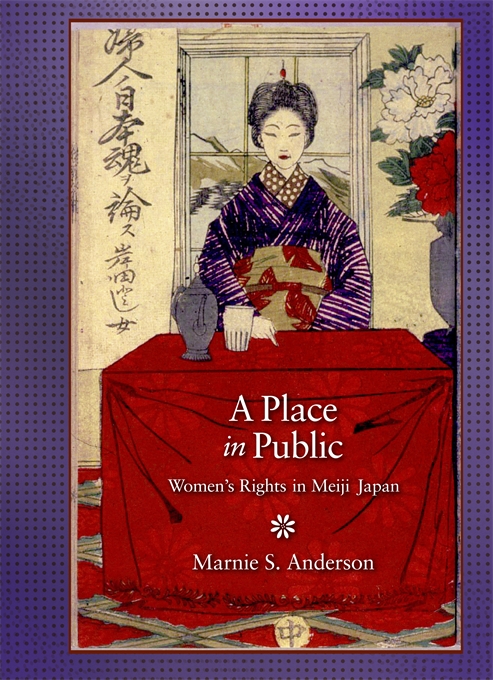 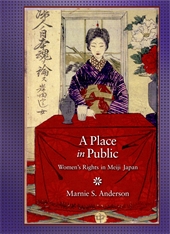 A Place in Public

This book addresses how gender became a defining category in the political and social modernization of Japan. During the early decades of the Meiji period (1868–1912), the Japanese encountered an idea with great currency in the West: that the social position of women reflected a country’s level of civilization. Although elites initiated dialogue out of concern for their country’s reputation internationally, the conversation soon moved to a new public sphere where individuals engaged in a wide-ranging debate about women’s roles and rights.

By examining these debates throughout the 1870s and 1880s, Marnie S. Anderson argues that shifts in the gender system led to contradictory consequences for women. On the one hand, as gender displaced status as the primary system of social and legal classification, women gained access to the language of rights and the chance to represent themselves in public and play a limited political role; on the other, the modern Japanese state permitted women’s political participation only as an expression of their “citizenship through the household” and codified their formal exclusion from the political process through a series of laws enacted in 1890. This book shows how “a woman’s place” in late-nineteenth-century Japan was characterized by contradictions and unexpected consequences, by new opportunities and new constraints.