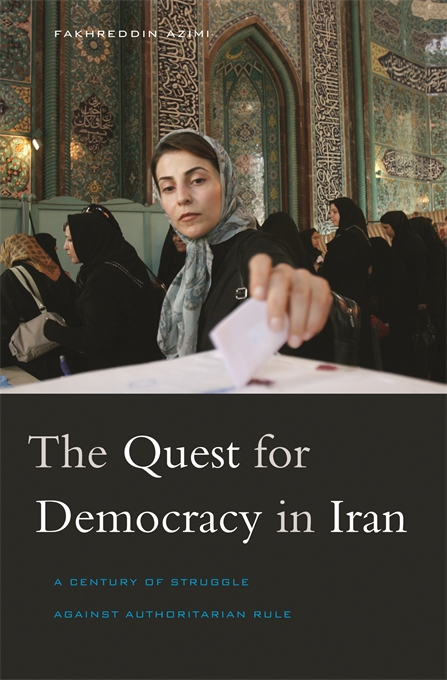 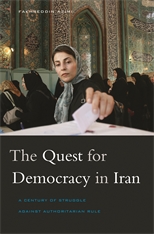 The Quest for Democracy in Iran

A Century of Struggle against Authoritarian Rule

The Constitutional Revolution of 1906 launched Iran as a pioneer in a broad-based movement to establish democratic rule in the non-Western world. In a book that provides essential context for understanding modern Iran, Fakhreddin Azimi traces a century of struggle for the establishment of representative government.

The promise of constitutional rule was cut short in the 1920s with the rise of the Pahlavi dynasty. Reza Shah, whose despotic rule Azimi deftly captures, maintained the façade of a constitutional monarch but greeted any challenge with an iron fist: “I will eliminate you,” he routinely barked at his officials. In 1941, fearful of losing control of the oil-rich region, the Allies forced Reza Shah to abdicate but allowed Mohammad Reza to succeed his father. Though promising to abide by the constitution, the new Shah missed no opportunity to undermine it.

The Anglo-American–backed coup of 1953, which ousted reformist premier Mohammed Mosaddeq, dealt a blow to the constitutionalists. The Shah’s repressive policies and subservience to the United States radicalized both secular and religious opponents, leading to the revolution of 1979. Azimi argues that we have fundamentally misunderstood this event by characterizing it as an “Islamic” revolution when it was in reality the expression of a long-repressed desire for popular sovereignty. This explains why the clerical rulers have failed to counter the growing public conviction that the Islamic Republic, too, is impervious to political reform—and why the democratic impulse that began with the Constitutional Revolution continues to be a potent and resilient force.