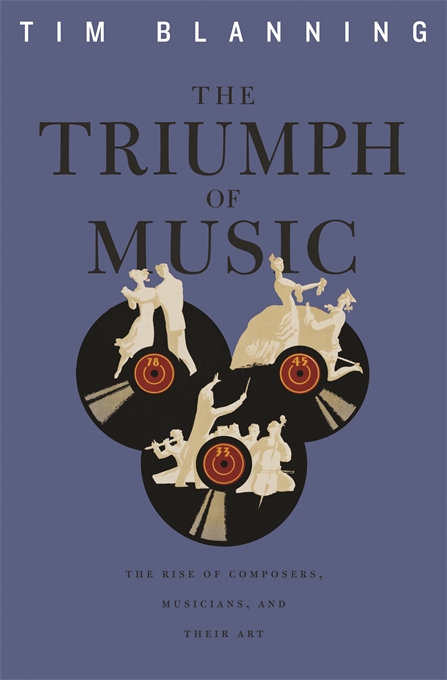 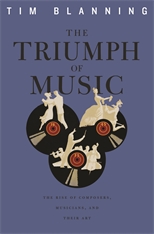 The Triumph of Music

The Rise of Composers, Musicians and Their Art

A distinguished historian chronicles the rise of music and musicians in the West from lowly balladeers to masters employed by fickle patrons, to the great composers of genius, to today’s rock stars. How, he asks, did music progress from subordinate status to its present position of supremacy among the creative arts? Mozart was literally booted out of the service of the Archbishop of Salzburg “with a kick to my arse,” as he expressed it. Yet, less than a hundred years later, Europe’s most powerful ruler—Emperor William I of Germany—paid homage to Wagner by traveling to Bayreuth to attend the debut of The Ring. Today Bono, who was touted as the next president of the World Bank in 2006, travels the world, advising politicians—and they seem to listen.

The path to fame and independence began when new instruments allowed musicians to showcase their creativity, and music publishing allowed masterworks to be performed widely in concert halls erected to accommodate growing public interest. No longer merely an instrument to celebrate the greater glory of a reigning sovereign or Supreme Being, music was, by the nineteenth century, to be worshipped in its own right. In the twentieth century, new technological, social, and spatial forces combined to make music ever more popular and ubiquitous.

In a concluding chapter, Tim Blanning considers music in conjunction with nationalism, race, and sex. Although not always in step, music, society, and politics, he shows, march in the same direction.