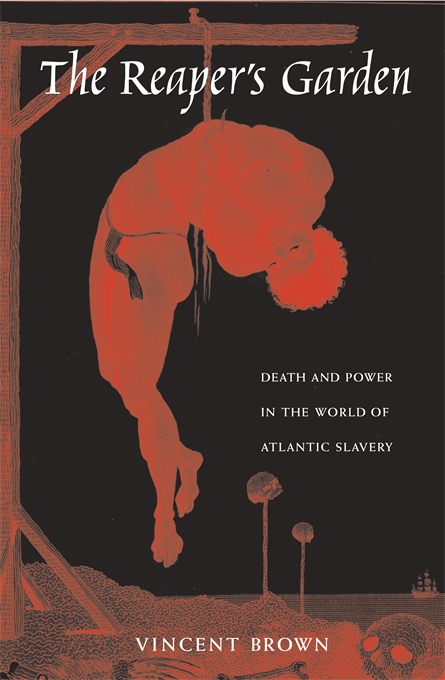 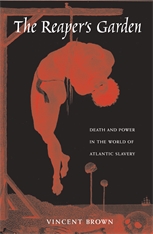 “Vincent Brown makes the dead talk. With his deep learning and powerful historical imagination, he calls upon the departed to explain the living. The Reaper’s Garden stretches the historical canvas and forces readers to think afresh. It is a major contribution to the history of Atlantic slavery.”—Ira Berlin

From the author of Tacky’s Revolt, a landmark study of life and death in colonial Jamaica at the zenith of the British slave empire.

What did people make of death in the world of Atlantic slavery? In The Reaper’s Garden, Vincent Brown asks this question about Jamaica, the staggeringly profitable hub of the British Empire in America—and a human catastrophe. Popularly known as the grave of the Europeans, it was just as deadly for Africans and their descendants. Yet among the survivors, the dead remained both a vital presence and a social force.

In this compelling and evocative story of a world in flux, Brown shows that death was as generative as it was destructive. From the eighteenth-century zenith of British colonial slavery to its demise in the 1830s, the Grim Reaper cultivated essential aspects of social life in Jamaica—belonging and status, dreams for the future, and commemorations of the past. Surveying a haunted landscape, Brown unfolds the letters of anxious colonists; listens in on wakes, eulogies, and solemn incantations; peers into crypts and coffins, and finds the very spirit of human struggle in slavery. Masters and enslaved, fortune seekers and spiritual healers, rebels and rulers, all summoned the dead to further their desires and ambitions. In this turbulent transatlantic world, Brown argues, “mortuary politics” played a consequential role in determining the course of history.

Insightful and powerfully affecting, The Reaper’s Garden promises to enrich our understanding of the ways that death shaped political life in the world of Atlantic slavery and beyond.