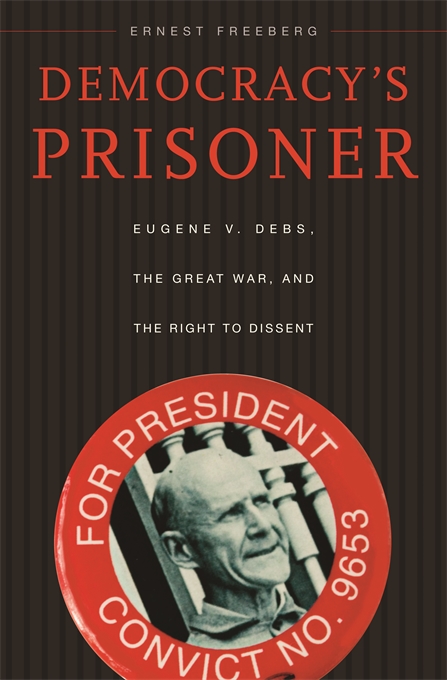 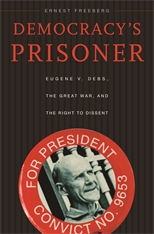 Eugene V. Debs, the Great War, and the Right to Dissent

In 1920, socialist leader Eugene V. Debs ran for president while serving a ten-year jail term for speaking against America’s role in World War I. Though many called Debs a traitor, others praised him as a prisoner of conscience, a martyr to the cause of free speech. Nearly a million Americans agreed, voting for a man whom the government had branded an enemy to his country.

In a beautifully crafted narrative, Ernest Freeberg shows that the campaign to send Debs from an Atlanta jailhouse to the White House was part of a wider national debate over the right to free speech in wartime. Debs was one of thousands of Americans arrested for speaking his mind during the war, while government censors were silencing dozens of newspapers and magazines. When peace was restored, however, a nationwide protest was unleashed against the government’s repression, demanding amnesty for Debs and his fellow political prisoners. Led by a coalition of the country’s most important intellectuals, writers, and labor leaders, this protest not only liberated Debs, but also launched the American Civil Liberties Union and changed the course of free speech in wartime.

The Debs case illuminates our own struggle to define the boundaries of permissible dissent as we continue to balance the right of free speech with the demands of national security. In this memorable story of democracy on trial, Freeberg excavates an extraordinary episode in the history of one of America’s most prized ideals.