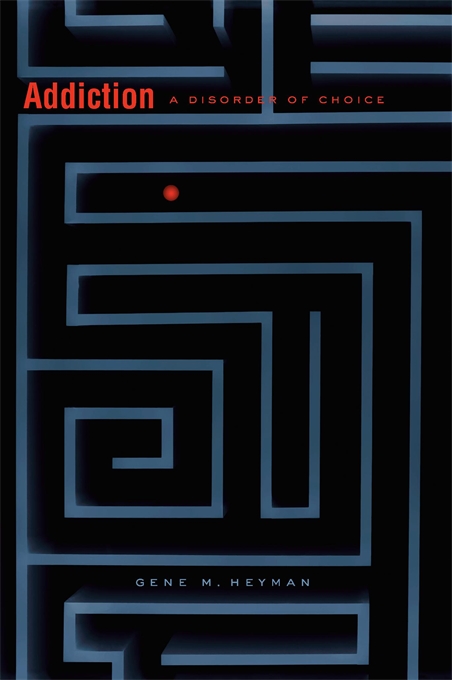 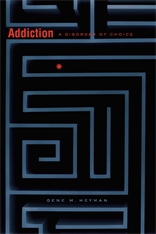 Addiction: A Disorder of Choice

“We have a justice system that treats drug use as a malevolent act of will (to be punished) and a medical profession that treats it as an unfortunate disease (to be cured). Who is right? In a magnificent new book, Addiction: A Disorder of Choice, Gene M. Heyman, a lecturer in psychology at Harvard Medical School, argues that it is not his fellow medical professionals… Heyman shows that the ordinary dynamics of human decision-making are sufficient to bring addiction into line with what we know about other, non-addictive behaviors… ‘No one chooses to be an addict,’ as the saying goes. Mr Heyman shows that this is wrong—or at least that this is the wrong way of getting at the problem… Maybe nobody would choose to be an addict. But being an addict is not what substance abusers are choosing. They are choosing a momentary action, not a lifetime identity. This is a rich book that reverberates far beyond the field of addiction studies. Attentive readers will find in it lessons about debt-financed consumerism, environmental spoliation and the whole, vast range of self-destructive behavior that we engage in out of self-interest.”—Christopher Caldwell, Financial Times

“Provocative and engaging… What Heyman is offering, in effect, is a global theory of addiction, with elegant and seemingly irrefutable answers for all the great imponderables in the field: why people start abusing substances, why most of them stop by the age of 30 and why a smaller percentage end up relapsing… How you will react to this book depends very much on what you think about free will and personal responsibility. There is, however, one point on which all readers will agree: Heyman’s challenge to the disease concept of addiction is both coherent and provocative. The result is a readable book that will have you thinking about the choices people make and the choices societies make for them.”—Jessica Warner, The Globe and Mail

“Psychologist Heyman argues that addiction involves no ‘involuntariness’ or ‘compulsiveness,’ but that addicts tend to use ‘local book-keeping’ instead of aiming at a ‘global equilibrium.’ So for them, the (rationally) anticipated pleasure of the next dose weighs more than the (rationally) anticipated pleasure of a drug-free week, or month, or life. (Compare a dieter who scoffs a chocolate cake.) This generalizes to the slightly terrifying proposition: ‘It is possible to continue to make the best choice from a local perspective and end up at the worst possible outcome.’ Luckily, Heyman concludes, what is voluntary can be changed—but only if it is recognized as voluntary.”—Steven Poole, The Guardian

“Heyman’s book is interesting and controversial… There’s lots of good sense about drug addiction in Heyman’s book, and it can be read with profit by general readers and specialists.”—Bruce Alexander, Times Higher Education

“The idea that addiction is a disease is an article of faith in the study of drug and alcohol dependence, providing the foundation for much of the treatment and public policy related to addiction since the early 1900s. In [Addiction], psychologist Gene Heyman dismantles this time-honored assumption, arguing that addiction is first and foremost governed by personal choice, and does not therefore fit clinical conceptions of behavioral illness.”—Charlie Gillis, Maclean’s

“Heyman’s main target is the conception of addiction as a form of compulsion which leaves people with no choice: he points out that people not only have a choice, but that they regularly exercise that choice in response to their circumstances. He spends a good deal of time explaining how it is possible that people can make bad self-destructive choices voluntarily… In addition to its helpful but brief survey of the history, experience, and science of addiction and its treatment, the main value of Heyman’s book lies in its setting out of evidence for his view using relapse rates from large scientific surveys that include those who are not in treatment. The book will be of interest to most researchers in addiction, those who work in mental health treatment and policy, people with addictions and their families and friends.”—Christian Perring, Metapsychology

“Drawing from behavioral economics, Heyman shows how the failure to sacrifice short-term gains (getting high) for long-term gains (sobriety-aided productivity) is endemic to a consumer culture, and how important a person’s social context is to reining in the penchant for pleasure… His approach is refreshing, avoiding false dilemmas about free will and biological determinism.”—Gary Greenberg, New Scientist

“Most medical practitioners believe that addiction is a disease. By showing that self-destructive drug consumption actually responds to information and incentives, Gene Heyman’s path-breaking book should make us rethink our conventional, and inadequate, drug policies.”—David Laibson, Harvard University

“This is an important book. In clear and compelling prose, Heyman lays out evidence from real-world observation and psychological and pharmacological laboratories that addiction is a choice not a disease. He shows that the causes of addiction, its control, and its potential reduction are the same as the causes, control, and reduction of all voluntary behavior. The book has the potential to revolutionize the behavior of anyone involved in the control of addiction including, most importantly, addicts themselves.”—Howard Rachlin, author of The Science of Self-Control