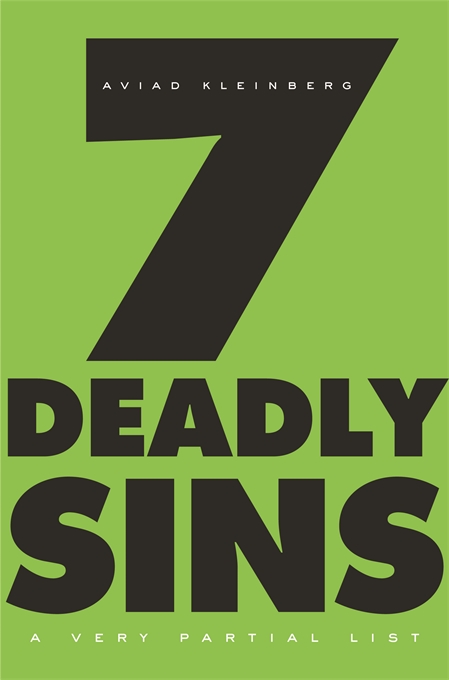 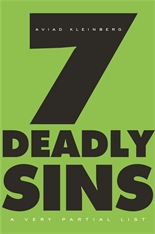 “In this collection of essays about sin, and its relativity, Kleinberg focuses on the big seven: Sloth, Envy, Lust, Gluttony, Greed, Anger and Pride. With each, he provides historical perspective, going back to Greek and Roman, Jewish, and Christian traditions, showing how they have changed over the centuries. He has interesting insights, a keen sense of humor, and his research skills found plenty of fodder for both. The bonus chapter on Self-Righteousness (the sin of pride and sloth), in many ways, ties them all together, as we notice the sin in others, and feel the need to point it out, yet somehow do not notice the beam in our own eye. Probably should be a reference book on many a pastor’s shelf.”—Sacramento Book Review

“Kleinberg looks at the seven famous sins, dismantling and interrogating the very notion of sin. He uses history to show how sinful behavior changes with time and context, how one generation’s sin becomes another’s freedom. This is an important and challenging book about the moral state we’re in.”—Stav Sherez, The Catholic Herald

“Aviad Kleinberg entertainingly and instructively poses some provocative questions—‘What’s wrong with a little sloth? Where would haute cuisine be without gluttony?’”—The Jewish Chronicle

“The strength of this book is the link between the historian-philosopher Kleinberg and the boy Aviad that appears repeatedly in the book. It offers a successful connection between theoretical issues and the life of concrete human beings in our day and age.”—Haaretz

“The Seven Sins is a book written with a pleasure that is bound to pass over to the reader. It is an essay that demonstrates the broad scholarship of its author, who is as comfortable with the rabbinic literature as with Christian and Jewish philosophy, with the Bible as with medieval poetry. Unlike many academics that make it a point to be boring and laborious, Kleinberg is fun to read.”—Maariv

“The Seven Sins is an intellectual gem that introduces the reader to a new world of ideas. It is a thought-provoking and passionate book. Kleinberg cites religious (Christian and Jewish) and non-religious texts. He widens our horizons and broadens our minds… Kleinberg’s humor and learning invite the reader to a journey of self exploration and to a reexamination of the sources of evil.”—Timeout Israel

“[Seven Deadly Sins] is a fascinating, amusing and highly readable book that offers a rethinking of our sins and passions through an examination of the Christian deadly sins—sloth, envy, lust, gluttony, greed, anger and pride—to which Kleinberg adds an eighth, self-righteousness.”—Ynet

“Kleinberg offers an accessible, thought-provoking reflection on the famous list of sins created by the Catholic Church in late antiquity. His previous books focused on saints; in this well-written, insightful, and witty book he turns his attention to sinners… It is an enjoyable read that will edify and entertain.”—M.A. Berkson, Choice