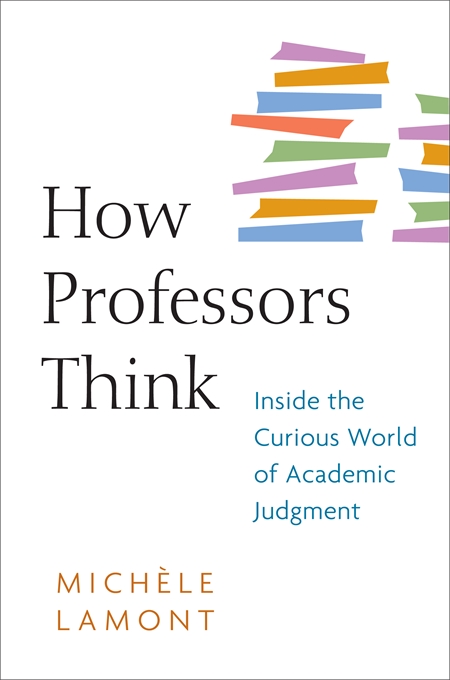 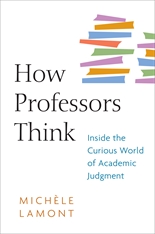 Inside the Curious World of Academic Judgment

Excellence. Originality. Intelligence. Everyone in academia stresses quality. But what exactly is it, and how do professors identify it?

In the academic evaluation system known as “peer review,” highly respected professors pass judgment, usually confidentially, on the work of others. But only those present in the deliberative chambers know exactly what is said. Michèle Lamont observed deliberations for fellowships and research grants, and interviewed panel members at length. In How Professors Think, she reveals what she discovered about this secretive, powerful, peculiar world.

Anthropologists, political scientists, literary scholars, economists, historians, and philosophers don’t share the same standards. Economists prefer mathematical models, historians favor different kinds of evidence, and philosophers don’t care much if only other philosophers understand them. But when they come together for peer assessment, academics are expected to explain their criteria, respect each other’s expertise, and guard against admiring only work that resembles their own. They must decide: Is the research original and important? Brave, or glib? Timely, or merely trendy? Pro-diversity or interdisciplinary enough?

Judging quality isn’t robotically rational; it’s emotional, cognitive, and social, too. Yet most academics’ self-respect is rooted in their ability to analyze complexity and recognize quality, in order to come to the fairest decisions about that elusive god, “excellence.” In How Professors Think, Lamont aims to illuminate the confidential process of evaluation and to push the gatekeepers to both better understand and perform their role.