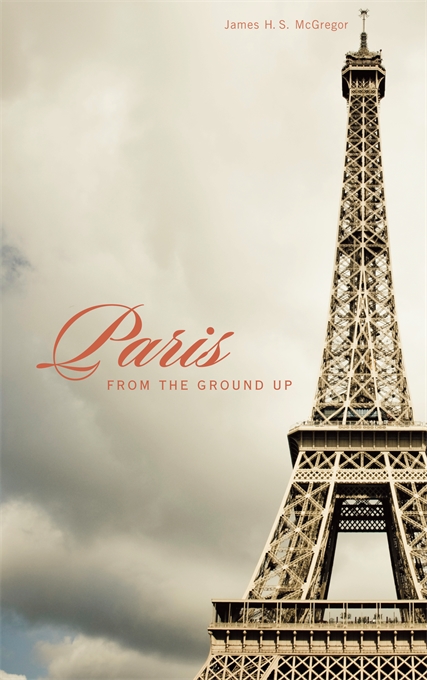 Paris from the Ground Up

Paris is the most personal of cities. There is a Paris for the medievalist, and another for the modernist—a Paris for expatriates, philosophers, artists, romantics, and revolutionaries of every stripe. James H. S. McGregor brings these multiple perspectives into focus throughout this concise, unique history of the City of Light.

His panorama begins with an ancient Gallic fortress on the Seine, burned to the ground by its own defenders in a vain effort to starve out Caesar’s legions. After ninth-century raids by the Vikings ended, Parisians expanded the walls of their tiny sanctuary on the Île de la Cité, turning the river’s right bank into a thriving commercial district and the Rive Gauche into a college town. Gothic spires expressed a taste for architectural novelty, matched only by the palaces and pleasure gardens of successive monarchs whose ingenuity made Paris the epitome of everything French. The fires of Revolution threatened all that had come before, but Baron Haussmann saw opportunity in the wreckage. No planned city in the world is more famous than his.

Paris from the Ground Up allows readers to trace the city’s evolution in its architecture and art—from the Roman arena to the Musée d’Orsay, from the Louvre’s defensive foundations to I. M. Pei’s transparent pyramids. Color maps, along with identifying illustrations, make the city accessible to visitors by foot, Metro, or riverboat.