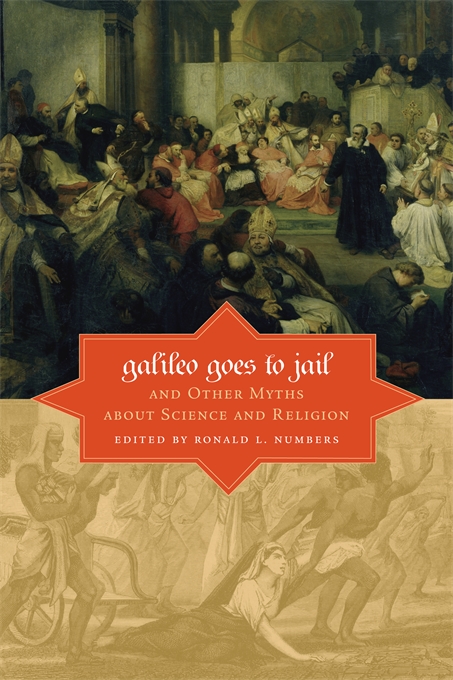 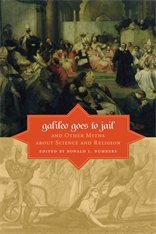 Galileo Goes to Jail and Other Myths about Science and Religion

“The volume’s careful organization and execution reveal the kind of planning and teamwork absent from too many edited collections, but which have come to be expected from Numbers… Each chapter of Galileo Goes to Jail begins with two or three epigraphs that clearly convict scholarly and popular literature of perpetuating the myth in question. Most authors then explore the nuances of the myth, its origin, complexity, and longevity, before telling the ‘rest of the story.’”—Mark A. Kalthoff, First Things

“The authors necessarily spend the bulk of their time debunking attacks on religion in the name of science, but they also clear the muddy waters left behind when pro-religion forces try to obscure the scientific record… As Numbers points out in his introduction, fewer than half of the contributors are religious believers at all; and of those, there are only two evangelicals, one Catholic, and one Jew. In other words, they have no axe to grind, and their only agenda is to set the historical record straight. Given all of the polemics published today, this is a breath of fresh air.”—Ryan T. Anderson, The Weekly Standard

“[Ronald L. Numbers] is a religious agnostic whose scholarship on the history of American religion and science is marked by meticulous accuracy and impartiality… [This book was written] with ordinary readers, not specialists, in mind, making this a truly rare book: where else can you find such authoritative scholarship delivered so accessibly and fairly on such an important subject?”—Edward B. Davis, Belief.net

“As a collection, these myth-busting arguments work to soften the wedge responsible for the schism between science and religion. The topics and writing style will appeal to all readers, but students of science and religion should consider this essential reading.”—J. A. Hewlett, Choice

“An illuminating study of the relationship between science and religion… This book features the contributions of a team of 25 scholars that includes agnostics, atheists, and Christians. Their collective objective is to dispel the ‘hoary myths’ of the supposedly bellicose relationship between religion and science. Readers will be fascinated by the evidence that for advocating Copernicanism, Galileo was not imprisoned (as commonly thought) but interrogated—albeit under the threat of torture—and set up in an apartment. Other misconceptions concern the connection between Darwinian thought and Nazi biology, Einstein’s belief in God, and Islam’s alleged hostility toward scientific enquiry.”—C. Brian Smith, Library Journal