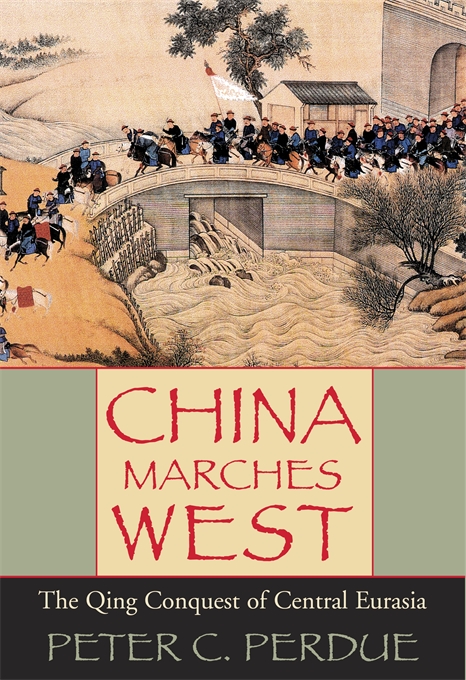 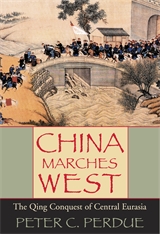 The Qing Conquest of Central Eurasia

From about 1600 to 1800, the Qing empire of China expanded to unprecedented size. Through astute diplomacy, economic investment, and a series of ambitious military campaigns into the heart of Central Eurasia, the Manchu rulers defeated the Zunghar Mongols, and brought all of modern Xinjiang and Mongolia under their control, while gaining dominant influence in Tibet. The China we know is a product of these vast conquests.

Peter C. Perdue chronicles this little-known story of China’s expansion into the northwestern frontier. Unlike previous Chinese dynasties, the Qing achieved lasting domination over the eastern half of the Eurasian continent. Rulers used forcible repression when faced with resistance, but also aimed to win over subject peoples by peaceful means. They invested heavily in the economic and administrative development of the frontier, promoted trade networks, and adapted ceremonies to the distinct regional cultures.

Perdue thus illuminates how China came to rule Central Eurasia and how it justifies that control, what holds the Chinese nation together, and how its relations with the Islamic world and Mongolia developed. He offers valuable comparisons to other colonial empires and discusses the legacy left by China’s frontier expansion. The Beijing government today faces unrest on its frontiers from peoples who reject its autocratic rule. At the same time, China has launched an ambitious development program in its interior that in many ways echoes the old Qing policies.

China Marches West is a tour de force that will fundamentally alter the way we understand Central Eurasia.