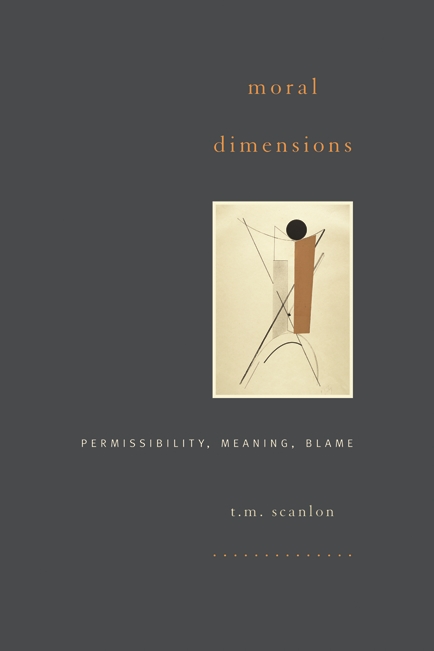 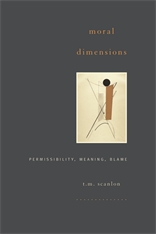 “The first half of the book, on permissibility and meaning, amounts to masterful and insightful philosophical housekeeping. The second half is revolutionary in the ways it tells us to think about blame.”—Allan Gibbard, London Review of Books

“Moral Dimensions is a penetrating study that forces—and enables—us to see the moral landscape in a fresh and nuanced way… Moral Dimensions culminates in a masterly exploration of blame, understood as a distinctive response to meaning.”—Gary Watson, The Times Literary Supplement

“Scanlon offers a detailed account of a new analysis of key distinctions in theoretical ethics. These distinctions have very real consequences in a wide variety of practical issues, including debates regarding justified acts of war, the effort to justify terror or campaigns against terror, and seemingly intractable debates in biomedical ethics. Scanlon examines the permissibility of actions and the evaluations of actors, with a new account of both the initial—and as he sees it, illusory—attraction of the ‘doctrine of double effect.’ He argues that the illusion stems from confusion between two types of moral judgment, which apply principles in what Scanlon terms either ‘critical’ or ‘deliberative’ uses. Scanlon uses this difference to make an important new distinction between the permissibility of actions and their meaning, and to develop accounts of blame (linked to the meaning of an action) and moral responsibility that bear close attention.”—J. H. Barker, Choice