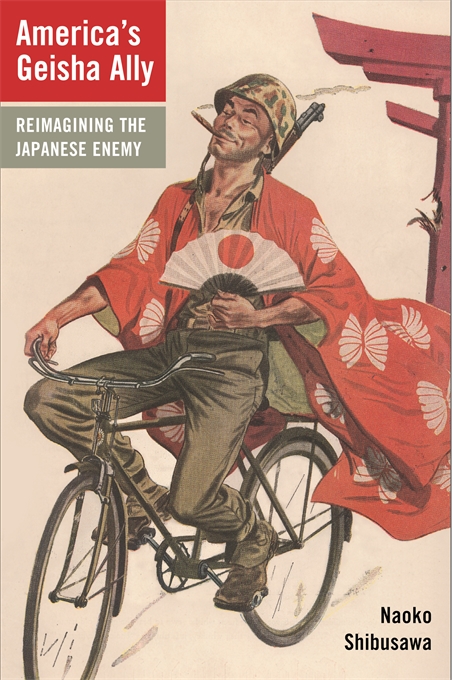 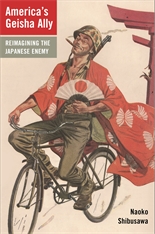 During World War II, Japan was vilified by America as our hated enemy in the East. Though we distinguished “good Germans” from the Nazis, we condemned all Japanese indiscriminately as fanatics and savages. As the Cold War heated up, however, the U.S. government decided to make Japan its bulwark against communism in Asia.

But how was the American public made to accept an alliance with Japan so soon after the “Japs” had been demonized as subhuman, bucktoothed apes with Coke-bottle glasses? In this revelatory work, Naoko Shibusawa charts the remarkable reversal from hated enemy to valuable ally that occurred in the two decades after the war. While General MacArthur’s Occupation Forces pursued our nation’s strategic goals in Japan, liberal American politicians, journalists, and filmmakers pursued an equally essential, though long-unrecognized, goal: the dissemination of a new and palatable image of the Japanese among the American public.

With extensive research, from Occupation memoirs to military records, from court documents to Hollywood films, and from charity initiatives to newspaper and magazine articles, Shibusawa demonstrates how the evil enemy was rendered as a feminized, submissive nation, as an immature youth that needed America’s benevolent hand to guide it toward democracy. Interestingly, Shibusawa reveals how this obsession with race, gender, and maturity reflected America’s own anxieties about race relations and equity between the sexes in the postwar world. America’s Geisha Ally is an exploration of how belligerents reconcile themselves in the wake of war, but also offers insight into how a new superpower adjusts to its role as the world’s preeminent force.