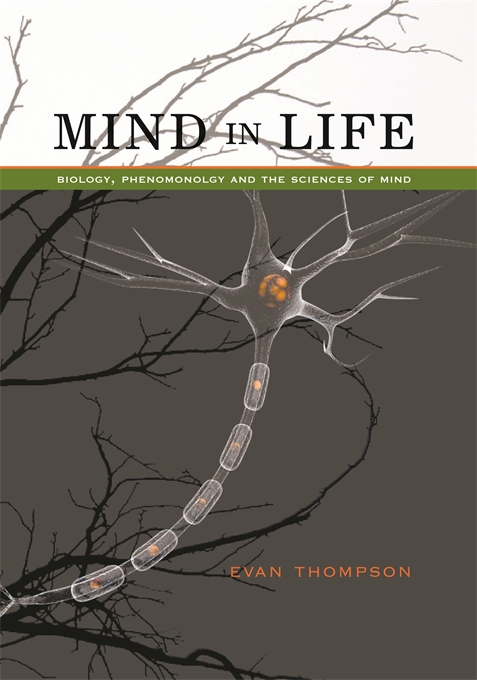 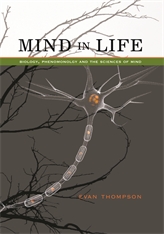 Biology, Phenomenology, and the Sciences of Mind

“The aim of Evan Thompson’s Mind in Life is to suggest a new way forward in the long-running attempt to connect biological knowledge about how body and brain work with our phenomenological experience of life. The book is an impressive work of synthesis, drawing together an array of themes in biology, neuroscience, cognitive science, phenomenology, and consciousness studies… This is a highly impressive work, of considerable scope, importance, and originality. The book is not, nor does it claim to be, an easy read for a general audience: the fields of consciousness studies and phenomenology are replete with necessary jargon, and Mind in Life builds on decades of discovery and debate. On the other hand, the argument is accessible to nonspecialists willing to take the time, for Thompson presents complex ideas with commendable fluency. For philosophers of biology, as for cognitive scientists and philosophers of mind, Mind in Life is sure to become essential reading.”—John C. Waller, Isis

“I think this book deserves close study, since it offers a holistic and dynamic perspective on how life and mind interact and how mind, body, and world form an inseparable unity… Thompson has written a book that for philosophers may give a new incentive to rethink and reconceptualize our place in the world that surpasses dualistic thinking. If that was the purpose of the book, it has succeeded.”—Taede A. Smedes, Metapsychology

“The book is a tremendous success and amounts to a superior contribution to recent and current debates in the philosophy of mind. Thompson displays a deeply impressive grasp of the relevant literature across a range of disciplines, including biology, phenomenology, psychology and neuroscience. Not only has he read widely, he has an admirable intellectual independence, and is confident of the arguments he wants to demonstrate and the direction he wants the sciences of the mind to take… One of the richest contributions to the study of ‘mind in life’ in recent years. It deserves to become a major work of reference and inspiration for research in the immediate future and, indeed, for many years to come. It provides a genuine and far-reaching clarification of core issues in the philosophy and science of the mind, and is to be greatly welcomed.”—Keith Ansell-Pearson, Phenomenology and the Cognitive Sciences

“Is Mind continuous with Life? Can better phenomenology improve our scientific understanding of consciousness and cognition? In this elegant and thought-provoking treatment, Evan Thompson explores a vision of mind and life that traces a path from simple cellular organizations all the way to consciousness, intersubjectivity, and culture. A wonderful and important journey, and a compulsory trip for all those interested in the explanation of mind and experience.”—Andy Clark, author of Being There: Putting Brain, Body and World Together Again

“Evan Thompson has emerged as a major presence in the science of the mind. His new book is quite wonderful to read, and I found it impossible to put down. In particular, his discussion of Husserl’s phenomenology is a revelation, as are his reasons for reversing his former criticisms of Husserl. His discussion of one of the central issues driving modern cognitive neuroscience, the binding problem, is particularly valuable and should compel a major reexamination of experiments being carried out in this field. Evan Thompson is doing important work in re-framing the very questions that define cognitive science.”—Merlin Donald, Case-Western Reserve University

“Neurophenomenology is the majestic method we naturalists have been seeking to blend experience, behavior, and the brain. This long-awaited book will open up the discussion of what experience is and where it is, and how we explain the connection between the objective world of physical activity and that of pain, love, and imagining. Thompson enacts the method he espouses, neurophenomenology, in each chapter with in-depth examples that mind scientists will find compelling. A tour de force!”—Owen Flanagan

“There is no deeper prison of the modern mind than the Cartesian legacy that splits mind from life, and no more arduous climb to escape. Thompson provides a topo map—rich, multifaceted, superbly documented—by detailing the work of the many (but relatively few among contemporary scientists and philosophers) who recognize the impasse and strive to transcend it.”—Walter J. Freeman, author of How Brains Make Up Their Minds

“Though modesty prevents him from claiming an original theory or dramatic new synthesis, in Mind in Life, one of the world’s top philosophers offers a brilliant and inspired treatise into the so-called ‘explanatory gap’ between life and mind, nature and consciousness. Thompson stands apart in his ability to link objective descriptions of life and mind with our subjective experience of them. Here he weaves the phenomenological analysis of experience and the latest developments in the fields of cognitive science, neuroscience and biology into a rich coordinated whole in which life and mind are seen to be intrinsically and essentially dynamic and self-organizing. Curious people who want to appreciate this hard won insight and better understand the deep continuity of life and mind will want to read this unique and illuminating book.”—J.A. Scott Kelso, author of Dynamic Patterns: the Self-Organization of Brain and Behavior and (with David A. Engstrom) coauthor of The Complementary Nature

“The overarching topic of Thompson’s book is nothing less than the nature of life and mind, where life and mind are conceived not as they often are—that is, as fundamentally separate subjects in need of largely nonintersecting theoretical frameworks—but rather as tightly intertwined phenomena in need of a common explanatory language. The long-anticipated follow-up to The Embodied Mind, this book is even better—clear, lively, original, and compelling. Mind in Life is a work for which a great number of thinkers in philosophy of mind and the cognitive sciences have been eagerly waiting.”—Michael Wheeler, author of Reconstructing the Cognitive World: The Next Step