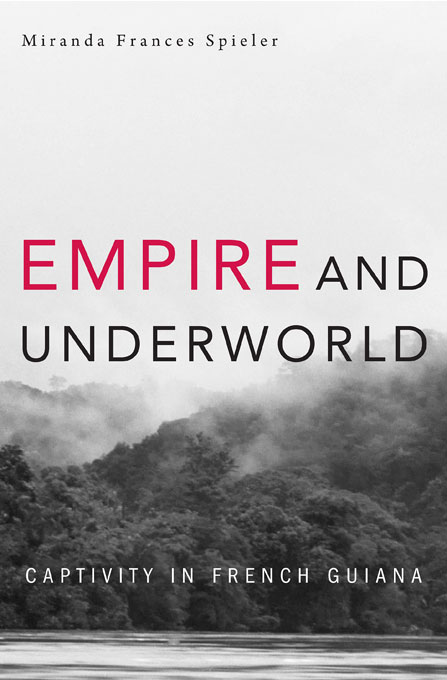 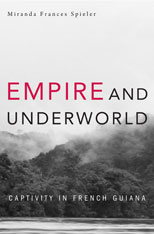 In the century after the French Revolution, the South American outpost of Guiana became a depository for exiles—outcasts of the new French citizenry—and an experimental space for the exercise of new kinds of power and violence against marginal groups. Miranda Spieler chronicles the encounter between colonial officials, planters, and others, ranging from deported political enemies to convicts, ex-convicts, vagabonds, freed slaves, non-European immigrants, and Maroons (descendants of fugitive slaves in the forest). She finds that at a time when France was advocating the revolutionary principles of liberty, equality, and fraternity, Guiana’s exiles were stripped of their legal identities and unmade by law, becoming nonpersons living in limbo.

The French Revolution invented the notion of the citizen, but as Spieler shows, it also invented the noncitizen—the person whose rights were nonexistent. Empire and Underworld discovers in Guiana’s wilderness a haunting prehistory of current moral dilemmas surrounding detainees of indeterminate legal status. Pairing the history of France with that of its underworld and challenging some of the century’s most influential theorists from Hannah Arendt to Michel Foucault, Spieler demonstrates how rights of the modern world can mutate into an apparatus of human deprivation.