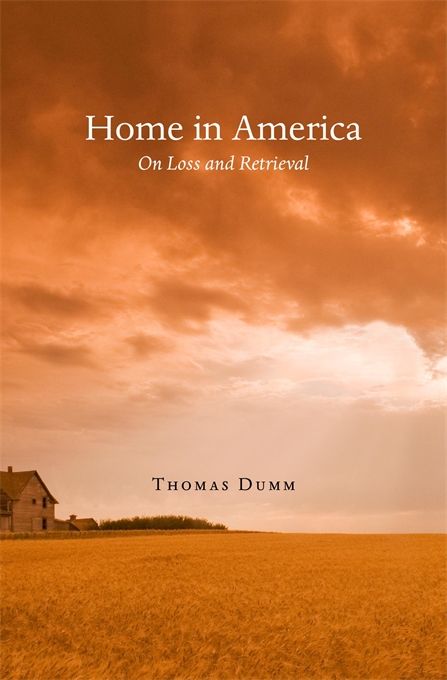 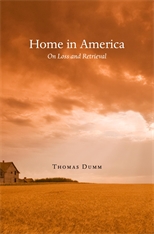 On Loss and Retrieval

An extraordinary inquiry into the meaning of home, through explorations literary and political, philosophical and deeply personal, by the acclaimed author of Loneliness as a Way of Life.

Home as an imagined refuge. Home as a place of mastery and domination. Home as a destination and the place we try to escape from. Thomas Dumm explores these distinctively American understandings of home. He takes us from Thomas Jefferson’s Monticello and Henry David Thoreau’s Walden to Laura Ingalls Wilder’s little house on the prairie and Emily Dickinson’s homestead, and finally to the house Herman Wallace imagined and that sustained him during his forty-one years of solitary confinement at Angola State Penitentiary.

Dumm argues that it is impossible to separate the comforting and haunting aspects of home. Each chapter reveals a different dimension of the American experience of home: slavery at Monticello, radical individuality at Walden, Indian-hating in the pioneer experience, and the power of remembering and imagining home in extreme confinement as a means of escape. Hidden in these homes are ghosts—enslaved and imprisoned African Americans, displaced and massacred Native Americans, subordinated homemakers, all struggling to compose their lives in a place called home.

Framed by a prologue on Dad and an epilogue on Mom, in which the author reflects on his own experiences growing up in western Pennsylvania with young parents in a family of nine children, Home in America is a masterful meditation on the richness and poverty of an idea that endures in the world we have made.