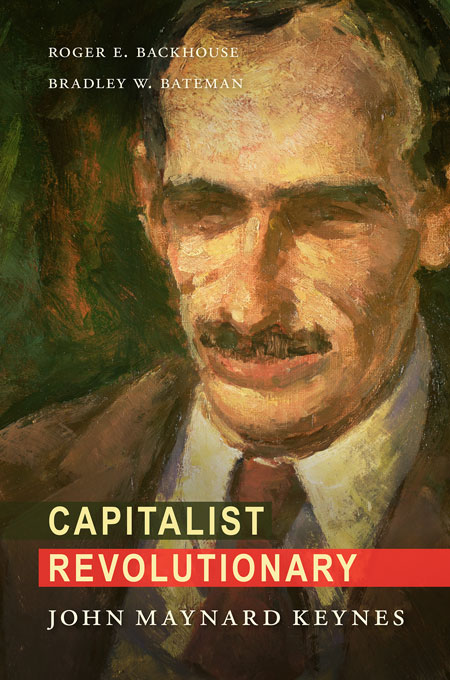 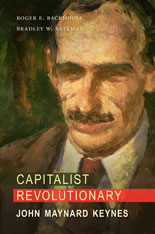 “[A] timely and provocative reappraisal.”—John Cassidy, The New Yorker

“Elegantly written and extremely thoughtful… This is not a technical economic tract; this is a book for someone who wants to understand how Keynes’ ideas and habits of thought fit together (it includes a useful bibliographic essay to the Keynes industry at the end). While it deals with the broad outline of Keynes’ economic ideas, particularly in the ’30s when he published his masterpiece, The General Theory of Employment, Interest and Money, it also tackles the philosophical contexts that shaped his thinking and what the authors call ‘Keynes’ ambiguous revolution,’ that is, how those ideas were revised and reshaped after World War II into a kind of orthodoxy, then rejected in the stagflation ’70s, then embraced, debated and reinterpreted up to our own deeply confusing era. This is extremely useful, particularly in an age where we are once again hearing from movements like Occupy Wall Street that capitalism needs to be renovated or eliminated, or when, in a time of often-vicious partisanship, Keynes and Keynesianism is tossed around as a term of blackest opprobrium or unassailable wisdom… There’s a lot packed in this small volume. Keynes’ ambition, his worldly views and his diagnostic tendencies all lie behind the book’s seemingly contradictory title: Capitalist Revolutionary… Writing about someone like Keynes who personally wrote so much, so well, must be a daunting task. Backhouse and Bateman more than keep up, not by competing with Keynes, but by letting him speak, in all his many voices. Their Keynes is not a secret socialist, or closet communist; not an apostate from classical economics; not some avatar of permissiveness and inflation. As they make clear in their discussion of Keynesianism after Keynes, his relationship with his own legacy is complex and ambiguous. He was not a man to be pinned down because he recognized that the world, which includes matters of economics as well as so much more, is neither simple, straightforward nor apprehensible by time-bound men armed with doctrines and dogmas. That alone is a lesson well worth revisiting regularly.”—Robert Teitelman, The Deal

“From Adam Smith to John Maynard Keynes, the great economists of the past saw economics as a historical, philosophical and, above all, moral discipline… The first step to good capitalism, therefore, is to re-moralize economics. In their tantalizingly brief but thought-provoking study of Keynes, Roger E. Backhouse and Bradley W. Bateman have started to do just that. Keynes, they show, was much more than an astonishingly innovative economic theorist and accomplished man of affairs. He was also a moral philosopher… He abhorred the utilitarian would world view that lay at the heart of classical economic theory. The fundamental utilitarian dogma—that markets are driven by rational, individual utility maximizers—seemed to him morally repulsive as well as factually incorrect. He thought that capitalism was the least bad economic system available but he also thought it was morally defective.”—David Marquand, New Statesman

“Backhouse and Bateman provide a useful context for the many policymakers, journalists, economists, and historians who have recently rediscovered, rehabilitated, or revived Keynes’s thought. The duo portray Keynes as a nontrivial personality who was in equal measure economist and moral philosopher, revolutionary and conservative. The brief volume flows with merciful grace through the particulars of Keynesian economic thought, interweaving historical, biographical, and technical details. The Keynes who emerges is not a one-dimensional deficit-spending proponent but a complex philosopher-economist who earnestly calls for perpetual revolution of capitalism to preserve this imperfect but best-available economic system.”—Jekabs Bikis, Library Journal

“The authors’ interpretation of Keynes is broadly convincing, not least in challenging the way that his own arguments have been misleadingly stereotyped by subsequent economists. It succeeds in shifting our perspectives on the nature of Keynes’s achievement. It recognizes his intellectual greatness while acknowledging the flaws and lacunae in his various arguments. And it brings out his own reluctance to police a new ‘Keynesian orthodoxy’ and his tolerance of various approaches.”—Peter Clarke, University of Cambridge

“This very readable book makes the actual historical Keynes and his ideas accessible to modern readers, whose views are so often formed by misleading myths about him, his work, and its significance.”—David Laidler, University of Western Ontario

“An excellent introduction to the thought of John Maynard Keynes. Lucid and nontechnical, it explains how, because Keynes was such a different kind of economist—eclectic, practical rather than formalistic, worldly, intuitive—from the formalistic academic economists of the next generation, who came to dominate the economics profession, he was misunderstood by his successors. They created and later discredited ‘Keynesianism’—a distorted version of Keynes’s thought. Backhouse and Bateman explain that to cope with our current economic problems, we need to restore Keynes’s original vision.”—Richard A. Posner, Judge, U.S. Court of Appeals for the Seventh Circuit