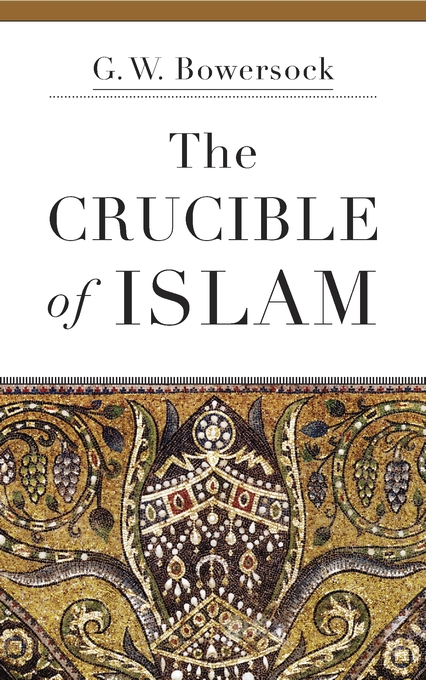 “The Crucible of Islam is a remarkable work of scholarship.”—Christopher Carroll, The Wall Street Journal

“Erudite and lucid… Bowersock’s fluency with specialist literature and his ability to transform scattered research into a coherent narrative are admirable.”—Chase Robinson, The Times Literary Supplement

“To write about the Arabian background of the Prophet Muhammad, about the origin of Islam in Mecca and Medina, and about the first conquests that led to the formation of the Arab empire (roughly between 560 and 690 AD) is to attempt to describe the first moments of a supernova—the flash of a stupendous detonation that marks the death of a massive star and the release of enormous amounts of energy. G.W. Bowersock has met this challenge in a little book of explosive originality and penetrating judgment… With The Crucible of Islam we reach the very center of this roiling world. We look into the depths of the crucible itself, to seize, in a true historical perspective, the ‘molten ingredients’ that came to form Islam. His book is an exercise in the art of historical truth. Bowersock is a classical scholar. He derives his skills from a tradition that reaches back to the Renaissance, to Erasmus and to Lorenzo Valla, whose demolition of the legendary Donation of Constantine he has himself translated with gusto. His book derives its strength from the method advocated by the great classical scholar Richard Bentley (1662–1742): ratio et res ipsa—reason confronting the thing itself… Part of the joy of reading this account of the background and emergence of early Islam is the knowledge that Bowersock has built it from solid stones, the weight of every one of which he has tested with his own critical mind. Secure that we are in the hands of a master, let us think about the implications of the substantial gains to scholarship that Bowersock has brought us in this compressed masterpiece… We must be grateful to Bowersock for giving us, at this time, a masterpiece of the historian’s craft.”—Peter Brown, The New York Review of Books

“[An] inspiring and broad-sighted approach that Bowersock brings with this book to the lively field of Islamic origins.”—Suleyman Dost, Speculum

“This work is highly recommended for those interested in the religious and political attitudes that gave rise to Islam.”—Muhammed Hassanali, Booklist

“Bowersock paints a concise portrait of Islam’s early formation and consolidation, focusing on the political, social, economic, and religious conditions of 6th- and 7th-century Arabia… Bowersock clearly and succinctly describes the stage upon which Islam emerged, and also dispels certain rumors, myths, and half-histories that have come to dominate popular notions of the period (and even persist in scholarship)… Given the historical and current relationships and tensions among various groups of Jews, Christians, and Muslims, this brief and easily digestible introduction will interest and please a wide variety of readers.”—Publishers Weekly

“This is an invaluable examination of the origins of a great religion.”—G. M. Smith, Choice