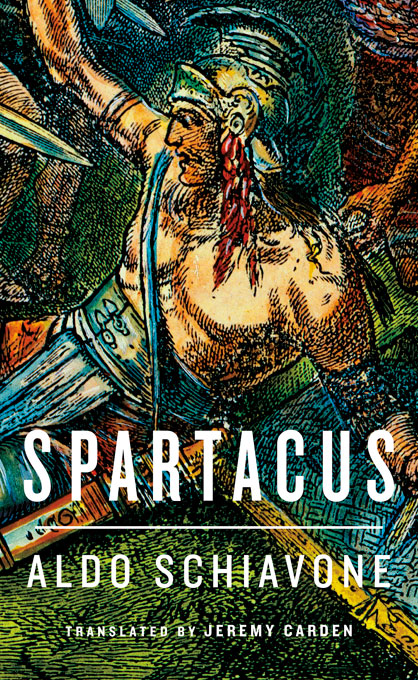 Spartacus (109?–71 BCE), the slave who rebelled against Rome, has been a source of endless fascination, the subject of myth-making in his own time, and of movie-making in ours. Hard facts about the man have always yielded to romanticized tales and mystifications. In this riveting, compact account, Aldo Schiavone rescues Spartacus from the murky regions of legend and brings him squarely into the arena of serious history.

Schiavone transports us to Italy of the first century BCE, where the pervasive institution of slavery dominates all aspects of Roman life. In this historic landscape, carefully reconstructed by the author, we encounter Spartacus, who is enslaved after deserting from the Roman army to avoid fighting against his native Thrace. Imprisoned in Capua and trained as a gladiator, he leads an uprising that will shake the empire to its foundations.

While the grandeur of the Spartacus story has always been apparent, its political significance has been less clear. What were his ambitions? Often depicted as the leader of a class rebellion that was fierce in intent but ragtag in makeup and organization, Spartacus emerges here in a very different light: the commander of an army whose aim was to incite Italy to revolt against Rome and to strike at the very heart of the imperial system. Surprising, persuasive, and highly original, Spartacus challenges the lore and illuminates the reality of a figure whose achievements, and whose ultimate defeat, are more extraordinary and moving than the fictions we make from them.