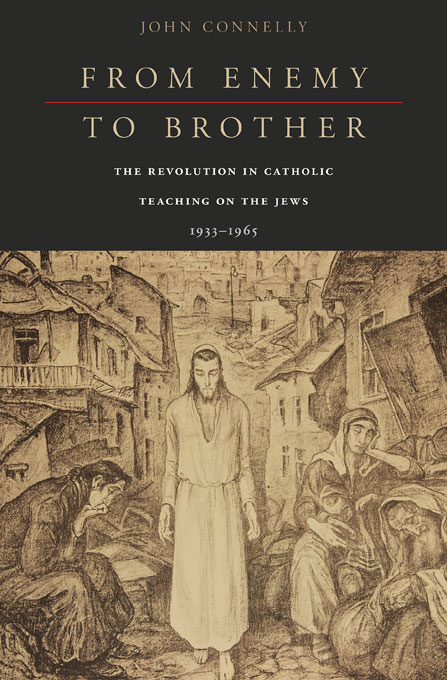 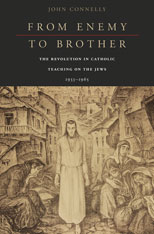 From Enemy to Brother

In 1965 the Second Vatican Council declared that God loves the Jews. Before that, the Church had taught for centuries that Jews were cursed by God and, in the 1940s, mostly kept silent as Jews were slaughtered by the Nazis. How did an institution whose wisdom is said to be unchanging undertake one of the most enormous, yet undiscussed, ideological swings in modern history?

The radical shift of Vatican II grew out of a buried history, a theological struggle in Central Europe in the years just before the Holocaust, when a small group of Catholic converts (especially former Jew Johannes Oesterreicher and former Protestant Karl Thieme) fought to keep Nazi racism from entering their newfound church. Through decades of engagement, extending from debates in academic journals, to popular education, to lobbying in the corridors of the Vatican, this unlikely duo overcame the most problematic aspect of Catholic history. Their success came not through appeals to morality but rather from a rediscovery of neglected portions of scripture.

From Enemy to Brother illuminates the baffling silence of the Catholic Church during the Holocaust, showing how the ancient teaching of deicide—according to which the Jews were condemned to suffer until they turned to Christ—constituted the Church’s only language to talk about the Jews. As he explores the process of theological change, John Connelly moves from the speechless Vatican to those Catholics who endeavored to find a new language to speak to the Jews on the eve of, and in the shadow of, the Holocaust.