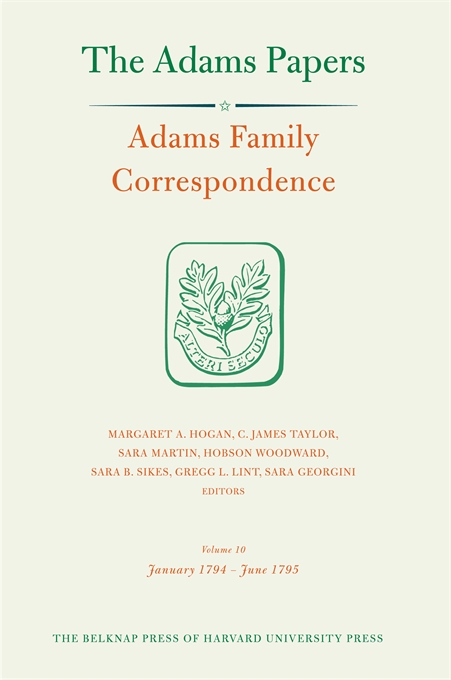 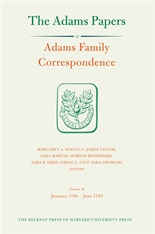 This volume offers over 300 letters from the irrepressible Adamses, including many between John and Abigail never before printed. As always, Adams family members serve as important observers of and commentators on national and international events, from America’s growing tensions with Britain and France to its internal struggles with increasingly virulent political factionalism and the Whiskey Rebellion. John, languishing as vice president in Philadelphia, reported extensively on congressional debates and growing divisions within the Washington administration but also found time to improve his sons’ legal education. Abigail’s letters juxtapose her own political insights with lively accounts of her farm management and the day-to-day happenings in Quincy.

The most significant event of the period for the Adams clan was John Quincy’s appointment as U.S. minister resident at The Hague, the beginning of a long and storied diplomatic career. Accompanying him overseas was his brother Thomas Boylston, the only Adams child who had not yet seen Europe. Arriving just as the French Army began its final march into the Netherlands, John Quincy and Thomas Boylston became first-hand observers of the European war and the impact of the French Revolution on the broader society. Back in the United States, Charles continued to build his legal career, expanding his law office and acquiring two clerks, while Nabby’s family grew with the birth of the Adamses’ first granddaughter, Caroline Amelia Smith.