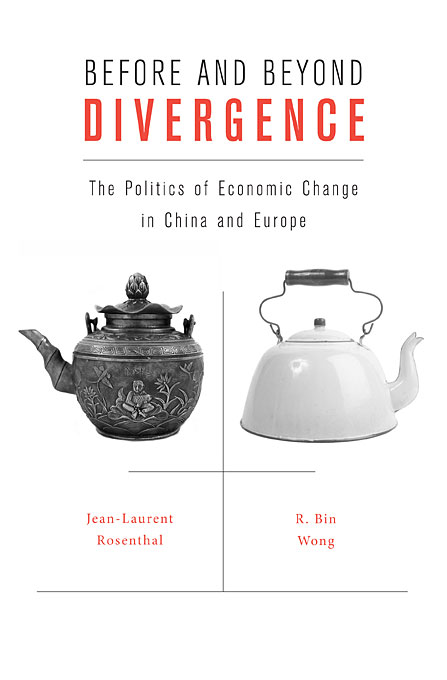 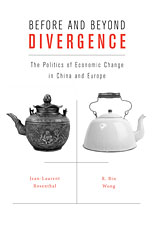 Before and Beyond Divergence

The Politics of Economic Change in China and Europe

“With its sustained, rigorous economic analysis and frequently compressed exposition of complex arguments, this taut monograph is a formidable but rewarding read. Rosenthal and Wong boldly tackle one of the most challenging questions in comparative economic history: why did sustained economic growth arise in Europe rather than China? The authors systematically demolish conventional narratives touting the superiority of European political, social, and economic institutions over their Chinese counterparts. They find convincing explanations for Sino-Western divergence in contrasting processes of long-term political development originating centuries before Europe’s industrial revolution. Over the course of a millennium, the huge size, prosperity, and relative stability of China’s empire conferred significant economic advantages that long eluded Europe’s fragmented, bellicose polities. Rosenthal and Wong nonetheless conclude that the costly military competitions that habitually distorted European history had unintended consequences. By impelling urbanization and a demand for capital-using technologies, Europe’s constant wars rather than China’s long peace laid the groundwork for modern economic growth.”—R. P. Gardella, Choice

“An important contribution that will force a wide variety of scholars to rethink what they know about both China and Europe and that lays out a model for doing big comparative research projects in the social sciences.”—Timothy W. Guinnane, Yale University

“Before and Beyond Divergence addresses the old ‘Why Europe? Why not China?’ question by presenting clear, original, and provocative arguments. It is an important contribution, both substantively and methodologically.”—Kenneth Pomeranz, University of California, Irvine