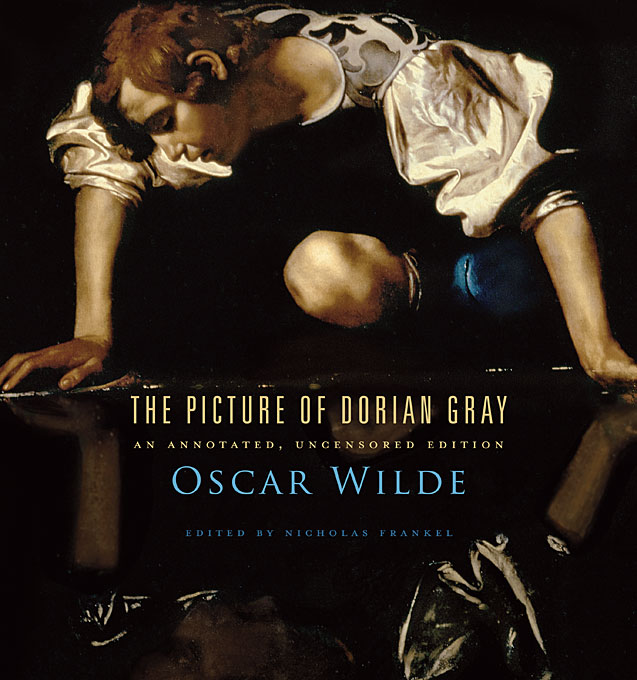 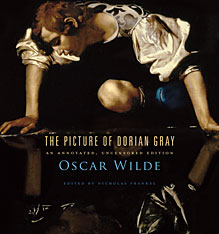 “The version that Wilde submitted to Lippincott’s [published for the first time by Harvard University Press] is the better fiction. It has the swift and uncanny rhythm of a modern fairy tale—and Dorian is the greatest of Wilde’s fairy tales.”—Alex Ross, New Yorker

“Splendid… Profusely illustrated and annotated, the edition’s most interesting feature will be a comparison of the original hand-emended typescript with the two main published versions, each of which toned down the novel in a vain effort to avoid the notoriety that descended on both the work and its author… Frankel’s edition is a major contribution to the studies of Wilde and of late Victorian legal, sexual, and social contexts… Required reading for students and scholars of Wilde and his period.”—George Bornstein, Times Literary Supplement

“In pages redolent of fin-de-siècle languor and sparkling with bons mots, Wilde’s only novel raises several seriously troubling questions: If one could live a life of absolute freedom, would the result be happiness or a nightmare? How much of our complex selves do we deny or sacrifice to conventional morality?… This Harvard edition of the untouched typescript is thus a necessary acquisition for any serious student of Wilde’s work… After this enthralling novel has left you shaken and disturbed, look for deeper understanding in Nicholas Frankel’s superb annotated edition.”—Michael Dirda, Washington Post

“It’s a revelatory exercise to examine the text of Wilde’s original typescript… It yields a deeper understanding of its author and of the hypocrisy and intolerance of late-Victorian English society which led to his two-year imprisonment for ‘gross indecency.’… With this landmark edition we have the opportunity, until now denied us, to read what the author originally wrote. It unquestionably belongs on every Wildean’s shelves.”—Joel Greenberg, The Australian

“A richly annotated and illustrated volume edited by Nicholas Frankel. It is not often that a piece of serious scholarship is accorded such deluxe treatment, and in this case it is a cause for real celebration, for Frankel has provided a wealth of supplemental material and visual matter, as well as a ‘Textual Introduction’ and a series of notes that explain references and cultural context, help the reader understand the editing processes, and point out the passages that were singled out for deletion… This annotated version [is] a treasure for scholars and for anyone with a serious interest in Wilde, the 1890s, and Aestheticism.”—Brooke Allen, Barnes & Noble Review

“Oscar Wilde’s The Picture of Dorian Gray has the distinction of being one of the few pieces of literature that grew longer by way of being censored… It’s seven chapters longer than his original version, which now appears for the first time from Harvard University Press by way of a brilliant scholarly presentation of the typescript Wilde submitted to the Philadelphia office of Lippincott’s magazine… The typescript (in the UCLA library, but published for the first time here) is, besides truer to Wilde’s original intentions, a vastly better novel than the one Lippincott’s Monthly Magazine published, say nothing of the much expanded version England’s Ward, Lock and Company brought out the next year, the one most of us know. To call Wilde’s earlier version leaner would miss the flavor and point of this aestheticism-drenched work, but it’s a swifter, bolder, more uncompromising, less moralistic and in every respect more affecting work than its edited, rewritten, or otherwise censored versions. Who would have thought a scholarly edition would be the one to have? But everything about Nicholas Frankel’s revelatory new edition of the typescript of The Picture of Dorian Gray is game-changing. Reading it is like viewing a painting by Michelangelo—one of the great artists Wilde named while explaining what he meant by the phrase ‘the love that dare not speak its name’ (to cheers of applause from some in the gallery) in the 1895 court trial—returned to its original glory by deeply knowledgeable, painstaking art restorers. If it did nothing more, Frankel’s exhaustively researched book would be a dream presentation of any edition of Dorian Gray, lavishly illustrated with relevant art of the period, including priceless photographs that bring the details of Wilde’s book, amazingly now 120 years old, to vivid life. The typescript text is larded with footnotes I’m tempted to describe as being as absorbing as Wilde’s writing, except that no one’s writing is more captivating than Wilde’s, as Frankel would be the first to agree… Entry by entry, Frankel’s painstaking explication of the culture Wilde’s writing was both a product of, and immeasurably advanced, makes this dense, brilliant book comprehensible… Once through this seminal text with all its notes, illustrations, and explanations, the drive is to go back and re-read the typescript (easily recognized by its larger typeface) all over again, just because it’s such a terrific book.”—Tim Pfaff, Bay Area Reporter

“There is much to be appreciated in this handsome scholarly edition… Frankel [is] an accomplished guide and this edition an elegant resource that enables us to admire all the more deeply the portrait and the artist.”—Richard Gibson, Books & Culture

“Frankel’s extensive annotations reveal that the homoerotic qualities of the novel are deeply encoded within it and cannot be excised by the removal of a few phrases… If the restored text is interesting primarily as a social document of what was and was not permissible in England in the 1890s, it poignantly reveals an author desperately at war with his society and with himself.”—Ruth Franklin, New Republic online

“In this day of Kindles, e-books and tweets, this is truly a magnificent job of bookmaking. Oversized, lavishly illustrated and gorgeously presented, Oscar would have loved it. The text is examined minutely, with a variety of comparisons from various publications of the novel, as well as Wilde’s original manuscript… The scholarship is both astounding and informative. The annotator and editor, Nicholas Frankel, easily and effortlessly places the modern reader in Wilde’s time and place, London’s late Victorian Age in London. There is still a tingle to Dorian’s story of endless debauchery while he remains looking pure and innocent for decades and the painting ages and grows monstrous, reflecting his sins and crimes. Strangely, the book seems more modern than one would imagine. Rather than merely a potboiler from two centuries back, Wilde’s genius imbues the story with a strange and haunting immediacy, and a cautionary tale for us all: Be careful what you wish for. One could hardly wish for a more beautifully accoutered book.”—Alan W. Petrucelli, Pittsburgh Examiner

“This edition gives us a chance to read Wilde’s text in a form as close as possible to the way he meant it to appear.”—Sarah Boslaugh, PopMatters

“Oscar Wilde’s novel The Picture of Dorian Gray may have outraged Victorian society even more had his editor not deleted sections of his original text… These passages and others deemed risky 120 years ago now appear for the first time.”—Nicholas Clee, The Times

“There is a good argument that the published version of the novel is not quite true to its author’s intent or achievement, and Nicholas Frankel, who teaches English at Virginia Commonwealth University, has now set things right—and in handsome fashion. He has skillfully restored Wilde’s original version, and in the manner of other great annotated editions, supplied readers with everything anyone would need to know about Oscar Wilde, The Picture of Dorian Gray, and their lives and times… The entire product—novel and critical/biographical material—makes fascinating reading.”—Philip Terzian, Weekly Standard

“Like Harvard University Press’s other beautiful annotated editions of classics, this is both handsome and instructive.”—David Azzolina, Library Journal

“The Picture of Dorian Gray categorically changed Victorian Britain and the landscape of literature. An ostentatious, self-confessed aesthete, known for his wit and intellect, Wilde not only had to endure his prose being labeled ‘poisonous’ and ‘vulgar,’ but also suffer its use as evidence in the ensuing trial, resulting in his eventual imprisonment for crimes of ‘gross indecency.’ Frankel’s introduction provides a deft preliminary analysis of the novel itself—exploring etymology and extensive editorial alterations (both accidental and deliberate)—and offers valuable insight into the socio-cultural juxtaposition of aristocratic Victorian society and the London underworld. The original typescript provides the unique opportunity to examine what was considered acceptable in both the U.S. and U.K. at the time… A fine contextualization of a major work of fiction profoundly interpreted, ultimately riveting.”—Publishers Weekly (starred review)

“Nicholas Frankel has done a great service to Oscar Wilde’s readers in preparing this new edition of The Picture of Dorian Gray. His introduction and annotations deepen our understanding not only of Wilde the writer but of the political and sexual milieu in which he lived and published. This is the kind of scholarship that reminds us why scholarship matters.”—David Leavitt