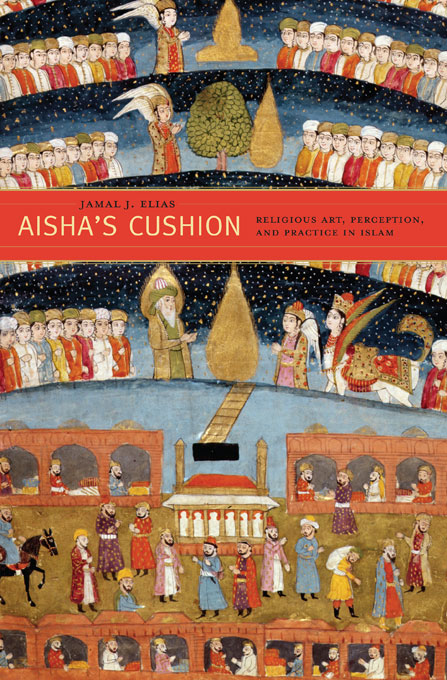 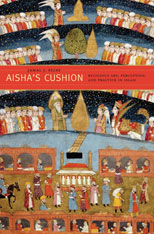 “[A] thought-provoking book… There is much of value here, and the reader gains a sense of how Muslim intellectuals conceptualized the visual in the ‘real’ world and in dreams and visions… This important book offers fresh perspectives that might allow us to identify recurrent themes in perceptions of visual culture, whether religious or secular, across the Islamic world.”—Marcus Milwright, The Times Literary Supplement

“Mainstream, popular discussions about Muslim belief and art tend to be reductive, ahistorical, and removed from particular specificities and contexts… Elias’ Aisha’s Cushion: Religious Art, Perception, and Practice in Islam arrives at the right time and is an extensive, finely-detailed work of research that seeks to upend predictable, simplistic beliefs and assumptions about the role of Islam in artistic creation and reception… Aisha’s Cushion is expansive and edifying.”—Subashini Navaratnam, PopMatters

“Engrossing… Elias is very good at clarifying the meaning and significance of beauty in the Islamic tradition… He wishes to show that contrary to popular conception, the prohibition on images in Islam is hardly straightforward but crisscrossed with contradictions, reversals and seemingly flagrant instances of defiance of the ban.”—Eric Ormsby, Literary Review

“Countering the popular perception of Islam as wholly disapproving of representational art, Elias lays bare the complexity inherent in Islamic attitudes toward religious art. The book is thorough in its investigation of everything, including early Christian and Jewish attitudes toward representational art and representation of idolatry in early Muslim scholarship, especially philosophy and the sciences; the religious functions of beauty; Arabic calligraphy; and the notion of writing as an image. Elias’s careful, dedicated scholarship acknowledges prior work while venturing into new ground in both art history and Islamic studies, and is as much a work of semiotics as history, as Elias is not naïve about the difficulties of constructing meaning from visual images and their place in religion… In its exploration of a non-Western approach to semiotics and visual culture, as well as its detailed explication of Islamic history and Muslim practices and scholarship, it deserves to be regarded as a new classic in the field of religious studies.”—Publishers Weekly

“Reflecting deep erudition in multiple fields across Islamic studies as well as religious studies more generally, the book is both a summation of a large amount of material and a treatment that breaks new ground in multiple areas.”—Shahzad Bashir, Stanford University

“A groundbreaking and provocative contribution to the fields of comparative religion, philosophy, visual culture, and art history. Elias expertly addresses issues of iconography and iconoclasm, semiotics and anthropology, idolatry and wonder, as they pertain to the comparative study of Islam, within the context of Christian, Judaic, and Hindu practices. This sophisticated book will appeal to readers interested in Islamic culture, as well as to specialists in Middle East and South Asian intellectual history.”—Kishwar Rizvi, Yale University