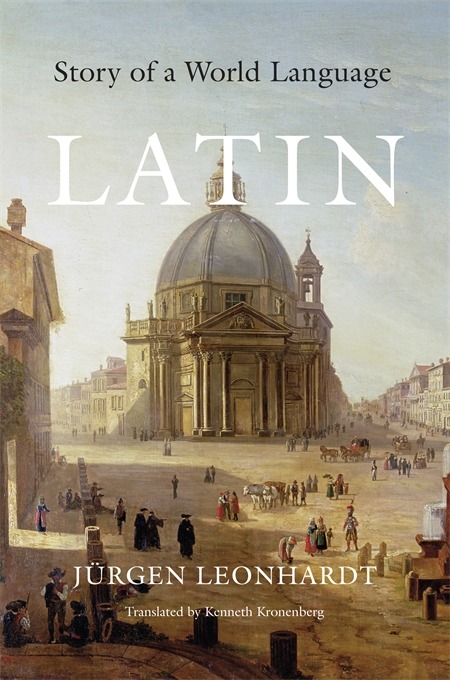 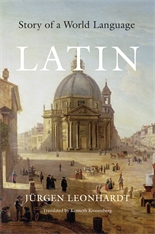 The mother tongue of the Roman Empire and the lingua franca of the West for centuries after Rome’s fall, Latin survives today primarily in classrooms and texts. Yet this “dead language” is unique in the influence it has exerted across centuries and continents. Jürgen Leonhardt has written a full history of Latin from antiquity to the present, uncovering how this once parochial dialect developed into a vehicle of global communication that remained vital long after its spoken form was supplanted by modern languages.

Latin originated in the Italian region of Latium, around Rome, and became widespread as that city’s imperial might grew. By the first century BCE, Latin was already transitioning from a living vernacular, as writers and grammarians like Cicero and Varro fixed Latin’s status as a “classical” language with a codified rhetoric and rules. As Romance languages spun off from their Latin origins following the empire’s collapse—shedding cases and genders along the way—the ancient language retained its currency as a world language in ways that anticipated English and Spanish, but it ceased to evolve.

Leonhardt charts the vicissitudes of Latin in the post-Roman world: its ninth-century revival under Charlemagne and its flourishing among Renaissance writers who, more than their medieval predecessors, were interested in questions of literary style and expression. Ultimately, the rise of historicism in the eighteenth century turned Latin from a practical tongue to an academic subject. Nevertheless, of all the traces left by the Romans, their language remains the most ubiquitous artifact of a once peerless empire.