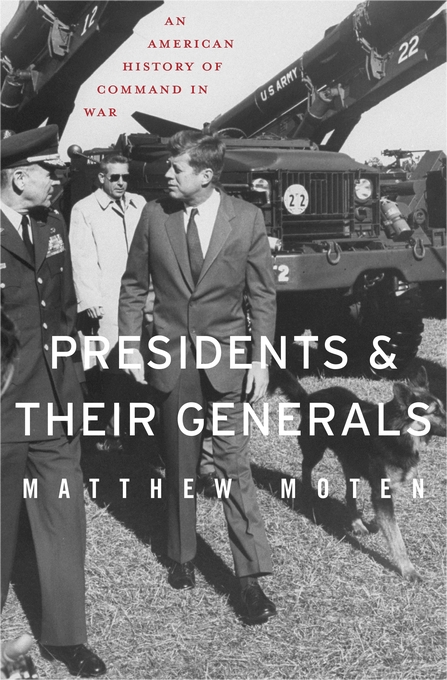 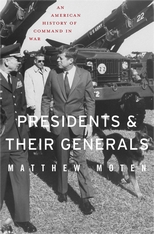 Presidents and Their Generals

An American History of Command in War

Since World War II, the United States has been engaged in near-constant military conflict abroad, often with ill-defined objectives, ineffectual strategy, and uncertain benefits. In this era of limited congressional oversight and “wars of choice,” the executive and the armed services have shared the primary responsibility for making war. The negotiations between presidents and their generals thus grow ever more significant, and understanding them becomes essential.

Matthew Moten traces a sweeping history of the evolving roles of civilian and military leaders in conducting war, demonstrating how war strategy and national security policy shifted as political and military institutions developed, and how they were shaped by leaders’ personalities. Early presidents established the principle of military subordination to civil government, and from the Civil War to World War II the president’s role as commander-in-chief solidified, with an increasingly professionalized military offering its counsel. But General Douglas MacArthur’s insubordination to President Harry Truman during the Korean War put political-military tensions on public view. Subsequent presidents selected generals who would ally themselves with administration priorities. Military commanders in Vietnam, Iraq, and Afghanistan did just that—and the results were poorly conceived policy and badly executed strategy.

The most effective historical collaborations between presidents and their generals were built on mutual respect for military expertise and civilian authority, and a willingness to negotiate with candor and competence. Upon these foundations, future soldiers and statesmen can ensure effective decision-making in the event of war and bring us closer to the possibility of peace.