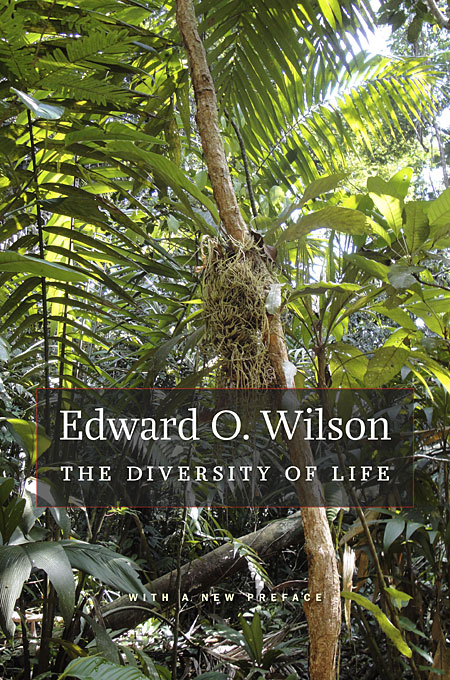 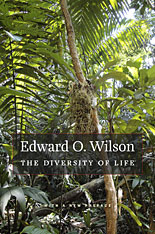 The Diversity of Life

“In the Amazon Basin the greatest violence sometimes begins as a flicker of light beyond the horizon. There in the perfect bowl of the night sky, untouched by light from any human source, a thunderstorm sends its premonitory signal and begins a slow journey to the observer, who thinks: the world is about to change.” Watching from the edge of the Brazilian rain forest, witness to the sort of violence nature visits upon its creatures, Edward O. Wilson reflects on the crucible of evolution, and so begins his remarkable account of how the living world became diverse and how humans are destroying that diversity.

Wilson, internationally regarded as the dean of biodiversity studies, conducts us on a tour through time, traces the processes that create new species in bursts of adaptive radiation, and points out the cataclysmic events that have disrupted evolution and diminished global diversity over the past 600 million years. The five enormous natural blows to the planet (such as meteorite strikes and climatic changes) required 10 to 100 million years of evolutionary repair. The sixth great spasm of extinction on earth—caused this time entirely by humans—may be the one that breaks the crucible of life. Wilson identifies this crisis in countless ecosystems around the globe: coral reefs, grasslands, rain forests, and other natural habitats. Drawing on a variety of examples such as the decline of bird populations in the United States, the extinction of many species of freshwater fish in Africa and Asia, and the rapid disappearance of flora and fauna as the rain forests are cut down, he poignantly describes the death throes of the living world’s diversity—projected to decline as much as 20 percent by the year 2020.

All evidence marshaled here resonates through Wilson’s tightly reasoned call for a spirit of stewardship over the world’s biological wealth. He makes a plea for specific actions that will enhance rather than diminish not just diversity but the quality of life on earth. Cutting through the tangle of environmental issues that often obscure the real concern, Wilson maintains that the era of confrontation between forces for the preservation of nature and those for economic development is over; he convincingly drives home the point that both aims can, and must, be integrated. Unparalleled in its range and depth, Wilson’s masterwork is essential reading for those who care about preserving the world biological variety and ensuring our planet’s health.