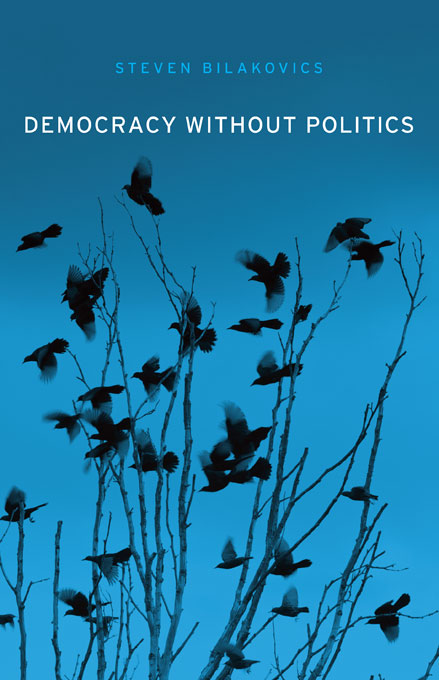 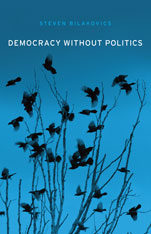 In Western democracies today, politics and politicians are held in contempt by the majority of citizens. Steven Bilakovics argues that this disdain of politics follows neither from the discontents of our liberal political system nor from the preoccupations of a consumer society. Rather, extending Tocqueville’s analysis of the modern democratic way of life, he traces the sources of political cynicism to democracy itself.

Democratic society’s defining openness—its promise of transcendent freedom and unlimited power—renders the everyday politics of argument and persuasion absurd by comparison. Persuasion is devalued relative to the norms of free-market competition and patriotic community, assertions of self-interest and self-expression take the place of arguing together, and political life is diminished by the absence of mediating talk. Bilakovics identifies this trend across the political landscape—in the clashing authenticities of the “culture war,” the perennial pursuit of the political outsider to set things right again, the call for a postpartisan politics, rising demands on government alongside falling expectations of what government can do, and in a political rhetoric that is at once petty and hyperbolic. To reform democratic politics and ameliorate its pathologies, Bilakovics calls on us to overcome our anti-political prejudice and rethink robust democracy as the citizen's practice of persuading and being persuaded in turn.