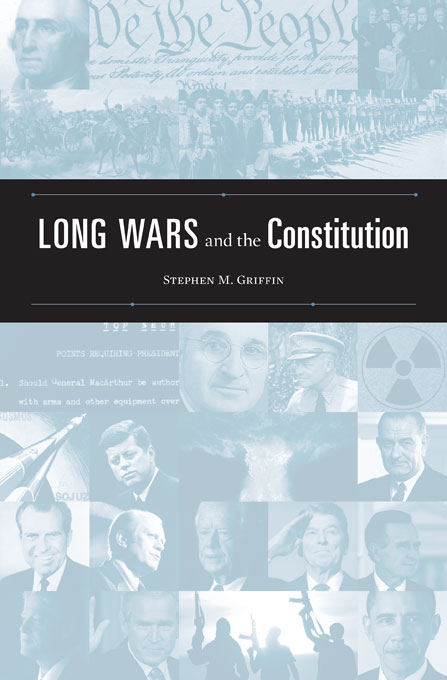 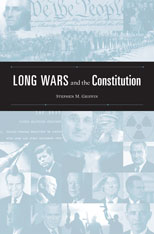 In a wide-ranging constitutional history of presidential war decisions from 1945 to the present, Stephen M. Griffin rethinks the long-running debate over the “imperial presidency” and concludes that the eighteenth-century Constitution is inadequate to the challenges of a post-9/11 world.

The Constitution requires the consent of Congress before the United States can go to war. Truman’s decision to fight in Korea without gaining that consent was unconstitutional, says Griffin, but the acquiescence of Congress and the American people created a precedent for presidents to claim autonomy in this arena ever since. The unthinking extension of presidential leadership in foreign affairs to a point where presidents unilaterally decide when to go to war, Griffin argues, has destabilized our constitutional order and deranged our foreign policy. Long Wars and the Constitution demonstrates the unexpected connections between presidential war power and the constitutional crises that have plagued American politics.

Contemporary presidents are caught in a dilemma. On the one hand are the responsibilities handed over to them by a dangerous world, and on the other is an incapacity for sound decisionmaking in the absence of interbranch deliberation. President Obama’s continuation of many Bush administration policies in the long war against terrorism is only the latest in a chain of difficulties resulting from the imbalances introduced by the post-1945 constitutional order. Griffin argues for beginning a cycle of accountability in which Congress would play a meaningful role in decisions for war, while recognizing the realities of twenty-first century diplomacy.